Karisma Kapoor is filling in for sister Kareena Kapoor Khan as the judge of Dance India Dance for a couple of episodes. On her first episode, she will be seen shaking a leg to her hit dance number Sona Kitna Sona Hai from Hero No 1. She will be joined in by host Karan Wahi. 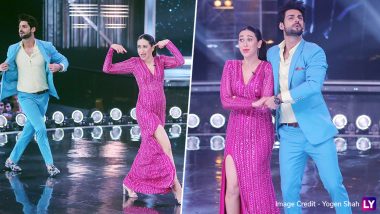 Karisma Kapoor was the queen of party numbers in the '90s. The actress has featured in some of the most dhinchak dance numbers of all time. From Sexy Sexy Mujhe Log Bole to Tan Tana Tan, she has given us gems to cherish the '90s forever. You will now see her groove to one of her hit dance numbers, Sona Kitna Sona Hai, once again. Govinda will be replaced by Karan Wahi in the performance. Don't you worry, child. Bollywood is not remaking another '90s song. Karisma will be seen shaking a leg to the song on the reality show Dance India Dance.

Karisma is replacing her sister, Kareena Kapoor Khan, as the judge of the show for a few episodes on Dance India Dance 7. In her introductory episode, she danced with host Karan Wahi on the song from Hero No 1. While the episode is yet days away from airing, the pictures from the sets are out and they are breathtaking enough. 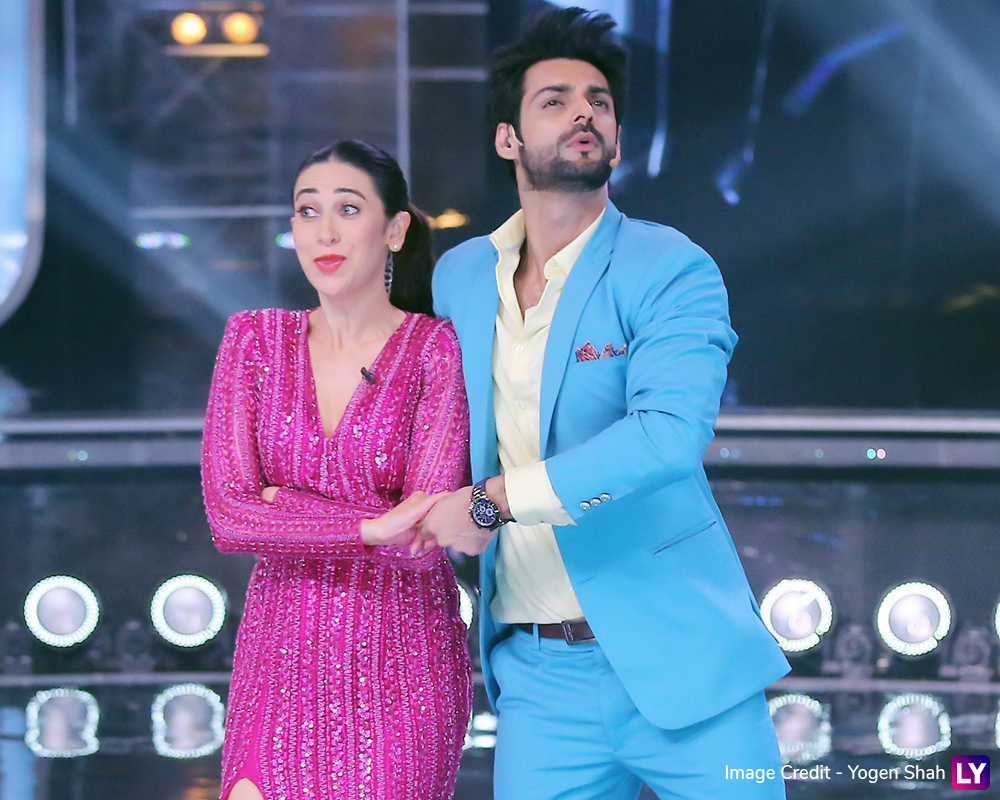 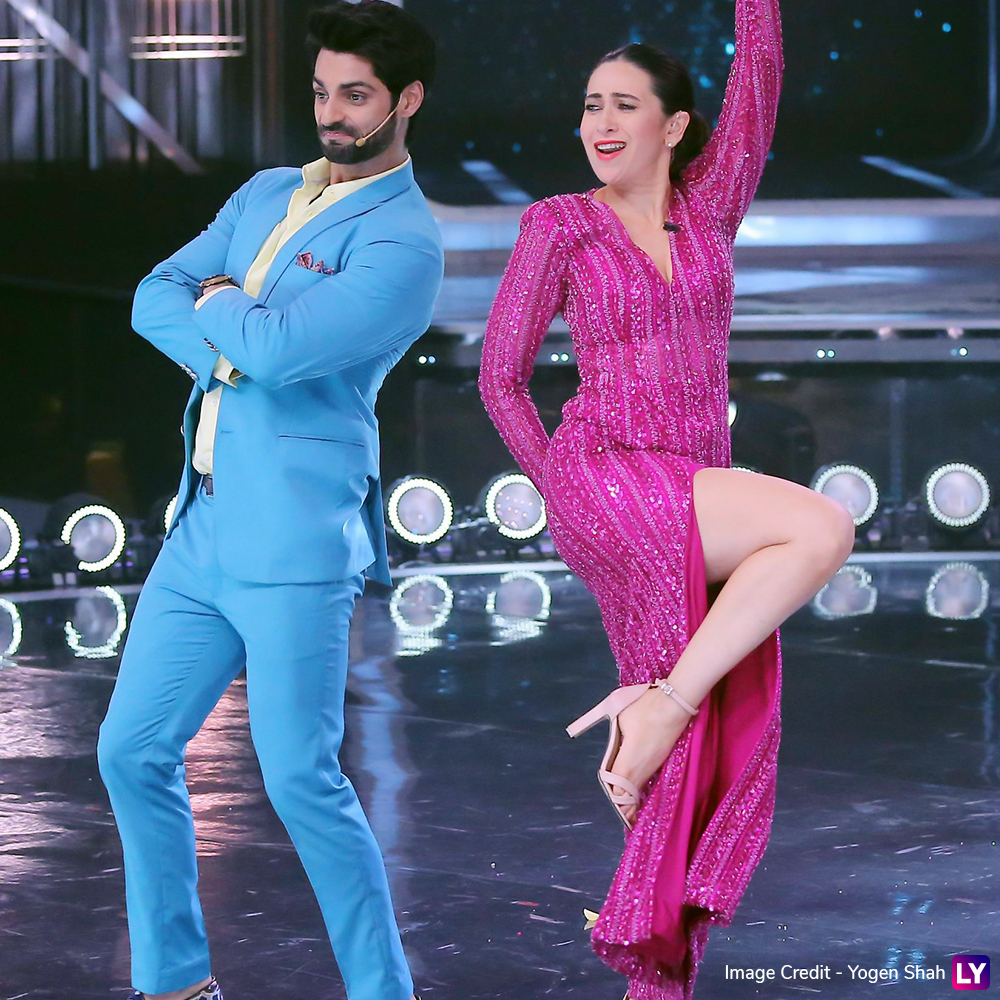 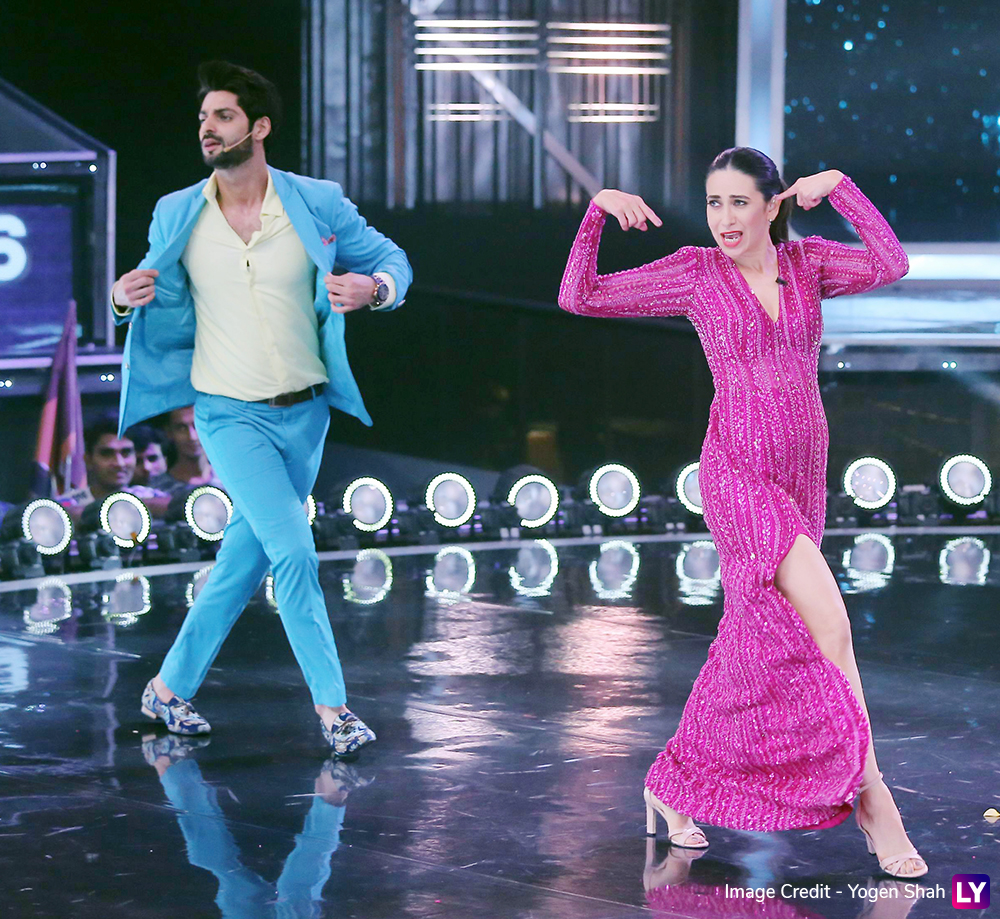 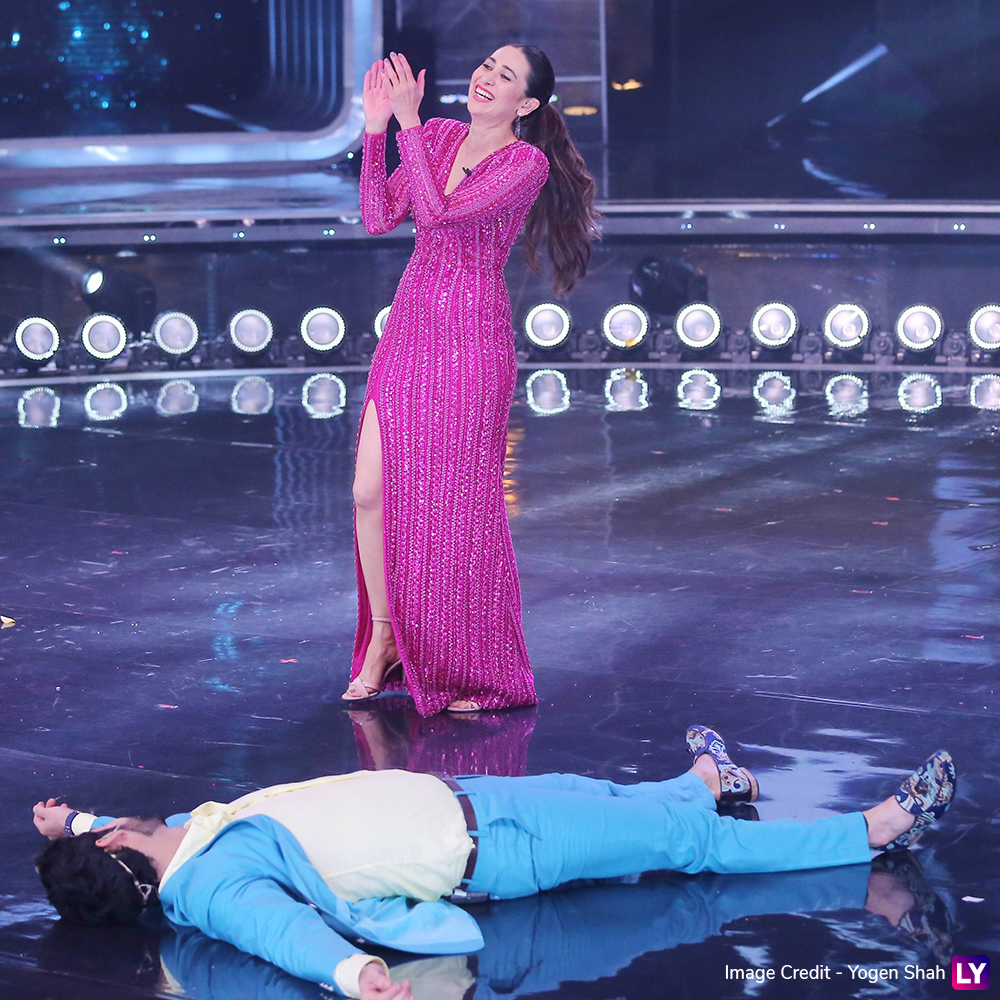 Until we get to watch Karisma Kapoor's video of dancing to Sona Kitna Sona Hai on the episode when it airs, let us relish on the original dance number below:

Kareena is currently in London, shooting for her next film, Angrezi Medium, with Radhika Madan and Irrfan Khan. She is playing the role of a cop in the film. Well, since she had to assign a few dates to Homi Adajania directorial, her sister, Karisma had to step in for her TV commitment. Thankfully, this was not Karisma's first TV rodeo. She has been a judge on one season of Nach Baliye. We are eagerly looking forward to this Karisma episode. It will be Karismatic.

(The above story first appeared on LatestLY on Jul 10, 2019 11:21 PM IST. For more news and updates on politics, world, sports, entertainment and lifestyle, log on to our website latestly.com).