Kasautii Zindagii Kay 2 February 12, 2020 Written Update Full Episode: Anurag Narrowly Escapes an Accident, While a Desperate Prerna Tries to Reach Out to Him 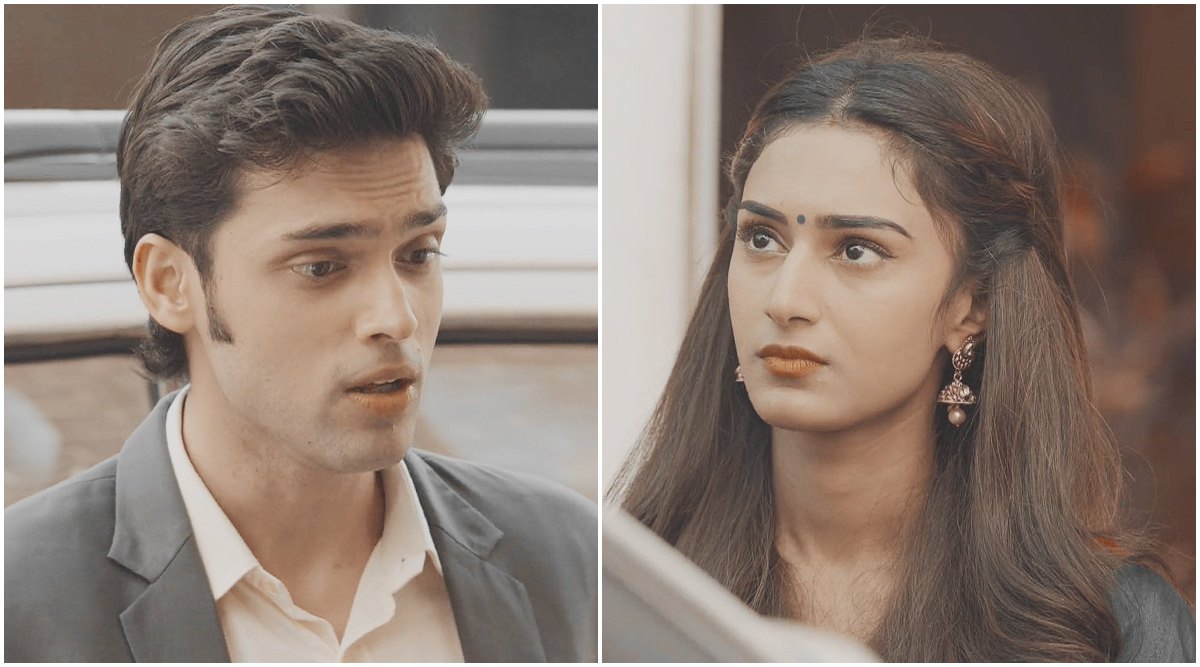 In yesterday’s episode of Kasautii Zindagii Kay 2, Prerna gets tensed when she comes to know that Anurag has taken the car whose brakes have been tampered. Prerna goes to save Anurag. Sonalika gets infuriated when she comes to know that instead of Prerna, Anurag has taken the car. In tonight’s episode, we see Sonalika (Aamna Sharif) slaps Ronit and the mechanic and chides them for the mistake. Sonalika tells that she is going to save Anurag  (Parth Samthaan) and tells Ronit to find the exact location of Anurag and inform her. Kasautii Zindagii Kay 2 February 11, 2020 Written Update Full Episode: Sonalika's Plan Goes Kaput after Anurag Takes Prerna's Car.

Prerna (Erica Fernandes) calls Anurag to enquire about his whereabouts. Anurag tells Prerna that he will not say and tells her to be in the house and not come out. Prerna requests Anurag to tell the exact location so that she can come to save him. Anurag makes her understand that she should not get impatient and take care of her health. Prerna forces Anurag to tell the location or else he will never see her again. Anurag tells Prerna the location and tells her to stop crying and calm down. Anurag gets emotional and thinks about the good times he spent with Prerna (Pyaar waley dagey tujy ku hi dondey track is played in the background). Prerna drives fast to reach to Anurag and at the same time worries about him.

Anurag tells Prerna that he wanted to tell her that he really likes her. Anurag tells that he feels something for her and tells now it is too late. Prerna tells it is not late and he should tell her about his feeling when they meet. Meanwhile, Veena calls Shivani and Shekar to inform them that Prerna went behind Anurag to save him. Shivani tells Veena not to worry as Prerna will save Anurag, Mohini overhears Shivani talking and gets tensed.

Mohini tries to call Anurag to enquire but his phone does not get connected and she gets worried. Prerna gets scared when suddenly Anurag’s call disconnects. Anurag calls Prerna again and tells her he is fine and she should not worry. Prerna tells Anurag that she was scared as she thought she lost him. Anurag tells Prerna that their relationship is a little different. Anurag asks Prerna what is this? Prerna tells Anurag that this is heart to heart relation. Anurag tells Prerna that he should tell Sonalika about his feelings towards Prerna. Prerna gets emotional and starts crying.

Mohini tells Nivedita that Shivani was telling that Anurag’s life is in danger as his car’s brake has failed. Mohini gets disturbed and worries about Anurag’s life. Nivedita tells Mohini to calm down and she will find out the truth. Viraj comes and asks Mohini why is she so tensed. Mohini tells Viraj about Anurag’s cars brake fail. Viraj gets shocked to hear and wonders how come Anurag is in the car instead of Prerna. Kasautiii Zindagii Kay 2 February 10, 2020, Written Update Full Episode: Prerna Feels Uncomfortable About Anurag’s Feelings as She is Getting Engaged to Viraj.

Prerna tells Anurag to take the straight road which leads to the slope and by that his car can slow down so he can jump out of the car. Anurag tells Prerna that this idea will work and he follows as Prerna tells him. Veena comes to the venue. Mohini sees her and tells because of Prerna’s bad omen Anurag is in trouble. Veena tells Mohini that Prerna has gone to save Anurag’s life. Viraj comes and asks Veena why did Prerna go behind Anurag as what can she do. Viraj thinks if anything happens to Anurag then Sonalika will not leave anyone. In the precap, Prerna calls Shekar and informs that she and Anurag both are safe.