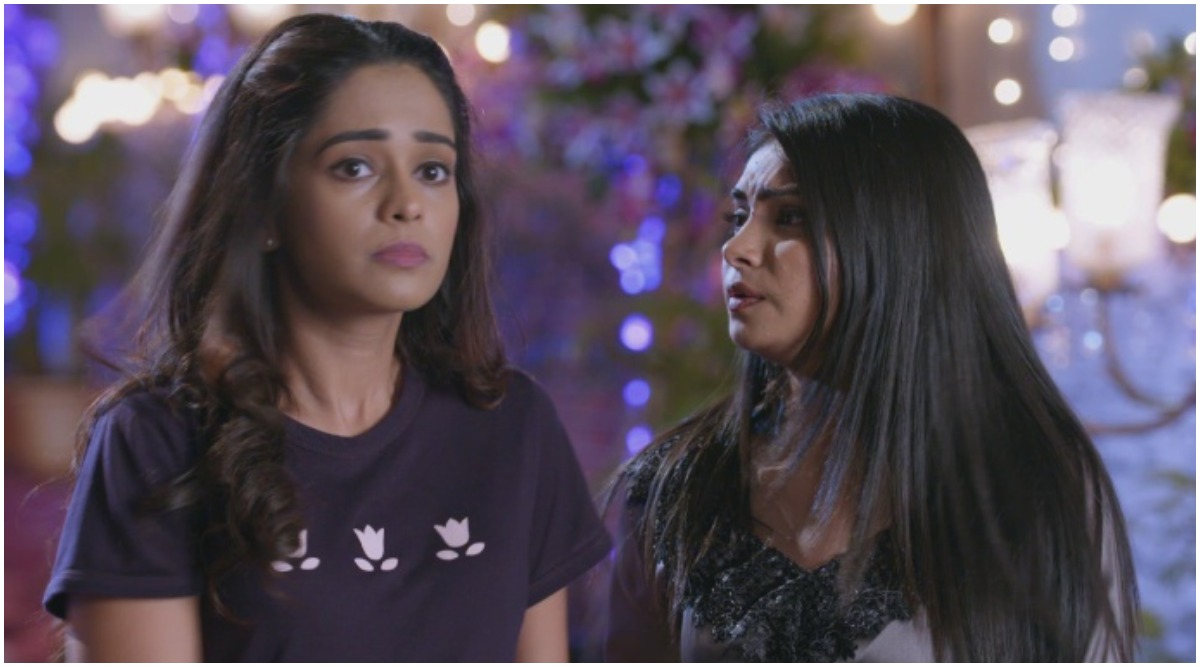 In yesterday’s episode of Kumkum Bhagya Aaliya and Rhea convince Abhi that Sanju tried to attack them. Abhi takes Rhea home but is upset that he didn’t meet Prachi. Ranbir returns home with his family who opines that Prachi and her mother felt like a part of their own family. Abhi and Pragya both ask Purab for each other’s numbers. However, Aaliya sees Abhi’s message on Purab’s phone. She gives Abhi her old number as Pragya’s number. She then saves Pragya’s number as ‘Daadi’ and blocks the number on Abhi’s phone. When Pragya tries to message Abhi, Aaliya deletes the message. Rhea tells Maya to fake her own suicide by getting run over by a truck. Kumkum Bhagya January 27, 2020 Written Update Full Episode: Abhi and Pragya’s Coffee Date Goes for a Toss, Thanks to Sanju.

In tonight’s episode, we see Prachi is in the storeroom looking for some files but the light in the room is not working. Ranbir finds Prachi complaining to herself and gives her torchlight from his phone. Prachi asks him to help her find the documents. When they get the files Prachi feels a lizard touching her. She jumps back and falls in Ranbir’s arms. Ranbir holds her safe and then goes to see the lizard. It turns out to be a piece of wood.

Ranbir and Prachi goes back to the office, Rhea is upset seeing them together. Ranbir goes to meet Abhi (Shabir Ahluwalia) and Rhea talks to Prachi. She offers to become Prachi’s friend and put their differences aside because their families are friends. Prachi believes Rhea is being honest and agrees to become friends. Rhea takes Prachi to see some Indian clothes she bought to find out which ones she should wear for the fashion show.

Prachi goes downstairs with Rhea and finds Maya walking in the middle of the road. Abhi tells Ranbir to propose to the girl that he knows Ranbir is in love with. Ranbir thinks Abhi is talking about Prachi, but he is actually talking about Rhea. Kumkum Bhagya January 24, 2020 Written Update Full Episode: Rhea Gets Upset on Seeing Ranbir’s Family Planning to Visit Prachi, Abhi and Pragya Plan A Coffee Date.

Prachi runs after Maya and pulls her aside in time before the bus runs over her. Maya says she wants to kill herself and blames Prachi for it. She says Prachi saw Ranbir trying to get close to her throughout the party and still told the police that Maya was wrong. Prachi who was already unsure feels guilty for ruining Maya’s life and hugs her.