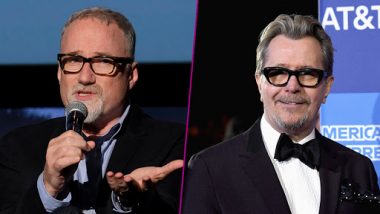 Los Angeles: David Fincher will direct Gary Oldman in a biographical drama revolving around Citizen Kane screenwriter Herman Mankiewicz. Oldman will play Mankiewicz in the Netflix film titled Mank, according to Variety. The movie is based on the script by Fincher's father, Jack, who had written the draft before his death in 2003. Plot details are vague, but as per the sources the story will follow the troubled development of the Citizen Kane script by Mankiewicz alongside director Orson Welles. Katherine Heigl Boards Netflix’s ‘Firefly Lane’ Series

Considered to be one of the best films of all time, the feature managed to win just one Academy Award, which was for Best Original Screenplay.

Production on the biopic, to be shot in black-and-white, is expected to begin in November. Friends Won’t Be Available on Netflix From 2020, Will Move to HBO Max Streaming Platform

This would be Fincher's first feature directorial since 2014's "Gone Girl".

Fincher will back the film alongside producing partner Cean Chaffin and Douglas Urbanski.