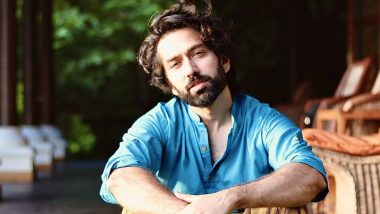 Ishqbaaaz fame Nakuul Mehta is not only famous for his acting stint but also rules social media for his powerful poems. The actor often posts videos of him reciting poems penned down by his friend, putting across strong messages through the medium. In the same attempt, the actor just posted a video of him reciting a poem titled 'Circus' which is winning the internet. Nakuul Mehta Playing Tabla Proves His Talent Is Not Restricted to Mere Acting.

The actor can be seen playing with his expression as he reads out the verses of the short poem. Penned by Ajay Singh, the poem stands very true with what is happening around us in today's time. While Nakuul's intention might not be to take a jibe at Arnab's situation with the poem but we think this can totally fit true in the anchor's situation currently.

Check Out the Poem Here:

Fans were quite impressed by Nakuul's video and went on to praise him for the bold attempt. One of the users wrote, "It so right. This is all no less than a circus."

Earlier, the actor had shared a video of him reciting a poem where he talked about the undying spirit of an artist. His video went viral in no time and many television stars even applauded the actor for his humble attempt. Sanaya Irani, Arjun Kanungo, Karan Tacker, Drashti Dhami, Karan V Grover, Pallavi Gupta and many others acknowledged the poem and called it ‘thought-provoking’. Nakuul Mehta to Return to Bollywood with Hrithik Roshan's Satte Pe Satta Remake?

(The above story first appeared on LatestLY on Nov 04, 2020 05:30 PM IST. For more news and updates on politics, world, sports, entertainment and lifestyle, log on to our website latestly.com).