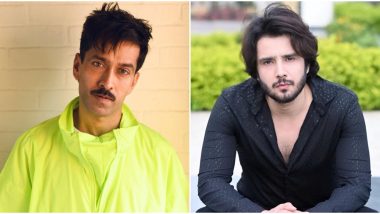 Hamari Bahu Silk actors have been facing financial crunch due to the non-payment of dues by the serial's producers. It was recently, when the lead, Zaan Khan had protested against the makers with an aim to get their money for the work already done. However, the attempt went in vain. Now, Ishqbaaz actor Nakuul Mehta has come out in support of Khan. He took to his Instagram and shared an article from a newspaper which highlighted Zaan's struggles of being unable to pay rent due to no money. Mehta lashed out the producers of the show and tagged the non-payment of dues as an unfair practice. Humari Bahu Silk Actor Zaan Khan Reveals Producer's Reaction to Non-Payment: 'Lodge an FIR, Go to the Media, I'm Not Afraid of Anyone'.

"Have been following their struggle for a while now. This is NOT done. Absolutely unfair by the producers/makers of the show. " a part of Nakuul's post read. Being in the same industry, Nakuul totally understands the importance of money and in such grim times, as it is the most essential thing right now. Earlier, reports of Vandana Vithlani from Hamari Bahu Silk selling rakhis to make ends meet had also gone viral. In Pictures: Zaan Khan and Hamari Bahu Silk Crew Members Protest Outside Producer Devyani Rale's Residence. 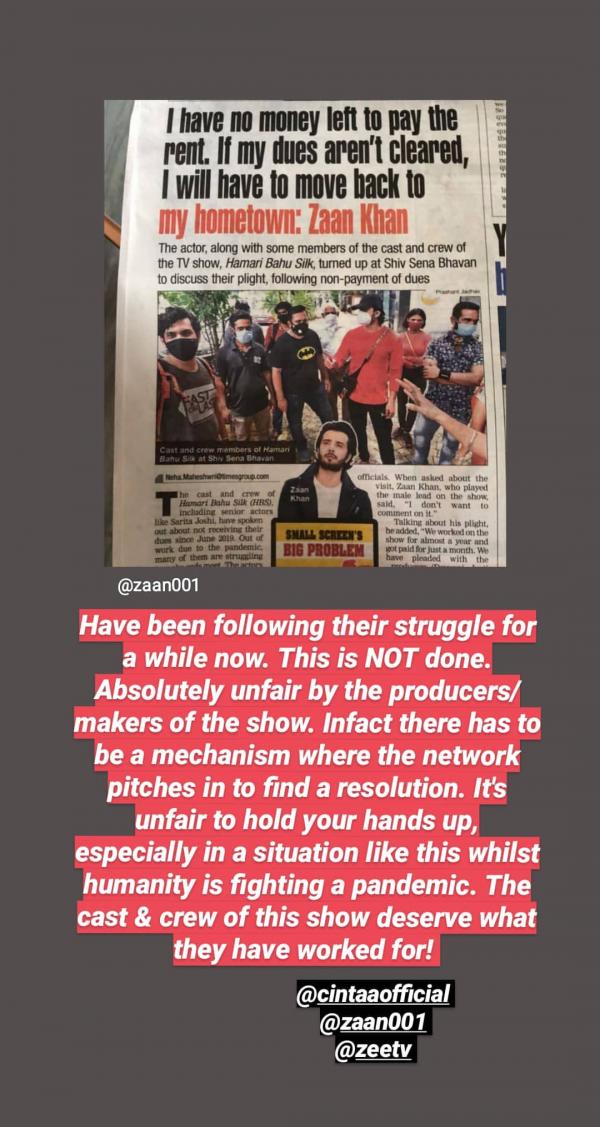 Also, in an interview with TOI, Zaan had expressed his disconcern over the non-clearnce of dues and had said, “We worked on the show for almost a year and got paid for just a month. We have pleaded with the producers (Devyani, Jyoti Gupta and Sudhanshu Tripathi) and tried to get our dues cleared, but in vain. We now plan to stage another protest outside Devyani’s new residence, where she shifted some time ago."

Further, he also mentioned that if he does not get his money, he might take a drastic step. “I shot for a commercial recently, but how long will that money last? Now, I don’t have money left to pay the rent. My parents are insisting that I return to my hometown, Bhopal. I came to Mumbai to fulfil my dream of becoming an actor, but if things don’t improve, I will have to go back. I will be forced to take a drastic step if the producers don’t clear our dues," he added. Stay tuned!

(The above story first appeared on LatestLY on Jul 31, 2020 06:15 PM IST. For more news and updates on politics, world, sports, entertainment and lifestyle, log on to our website latestly.com).