Priyanka Chopra Shares Prep Pics From The White Tiger, Compares It with Her Quantico Days 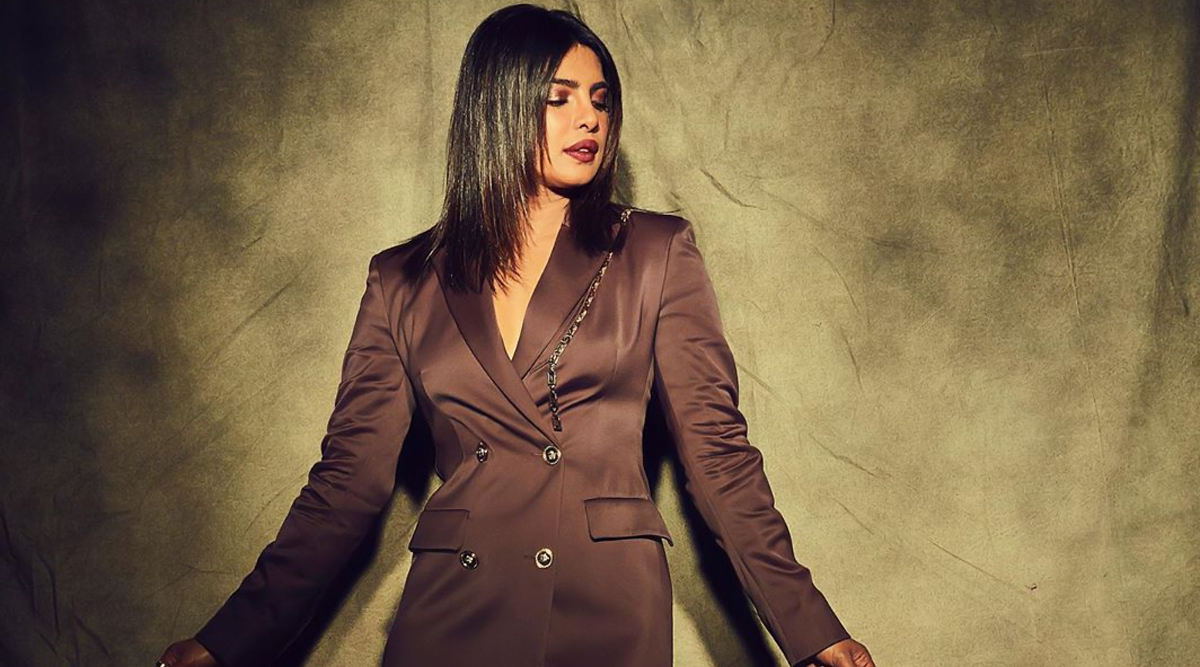 Priyanka Chopra took a walk down the memory lane by posting pictures on social media from the shoot days of Quantico and compared it to her current shoot for her upcoming film The White Tiger. The Sky is Pink actor captioned the pictures she collated the time when she shot for Quantico to the shooting days of The White Tiger. Her caption reads "Then and Now...."Same but different". The actor was doing homework and rehearsing for the shoots of her upcoming Netflix project. Priyanka Chopra and Nick Jonas Shell Out $20 Million for Their New Mansion in Los Angeles that Has 7 Bedrooms and an Indoor Basketball Court (View Pics)

The 'Isn't it romantic' actor's post reads, " then and now... Same but different. #homework #prepday #rehearsals #throwback #quantico #thewhitetiger"In the first, the 'Baywatch' actor shared a throwback picture, where she is seen clad in a knee-length black slit dress in what seems to be like a graveyard, holding a paper in her hand which indicated that she was shooting for her American show 'Quantico'. Priyanka Chopra Congratulates Nita Ambani For Getting Elected as Honorary Trustee of NY Metropolitan Museum of Art.

In the second picture, Priyanka shared a close selfie wherein she is seen holding a pen and doing homework which refers to today while she seems to be working on the script her current project The White Tiger. The project Netflix film based on the Booker prize-winning book by Aravind Adiga. Ramin Bahrani, who recently directed Michael B. Jordan and Michael Shannon starrer 'Fahrenheit 451,' will be directing the project, reported The Hollywood Reporter.

Apart from PeeCee and Rajkummar, newcomer Adarsh Gourav will also be seen in the film produced by Mukul Deora. The book is about the story of an extraordinary journey of a self-made man from a tea-shop worker in a village to a successful entrepreneur in a big city.