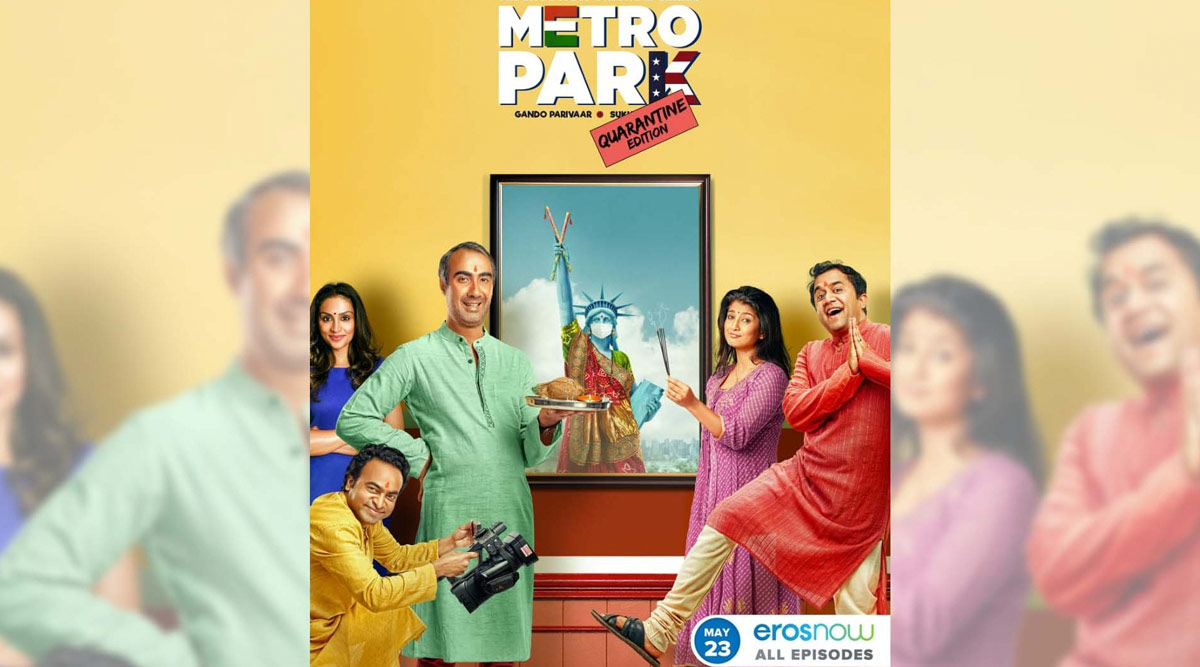 Actors Ranvir Shorey, Purbi Joshi and Omi Vaidya will star in a special Quarantine Edition of "Metro Park". The series will have five episodes of three to five minutes each and tell the tale of a Gujarati family settled in New Jersey, USA. The show also features Vega Tamotia and Pitobash Tripathy. The actors have shot their portions independently at home for the Quarantine Edition. "It is very special to me, as it was the first series I shot for a digital platform. Shooting for the ‘Metro Park' Quarantine Edition has been truly exciting and nerve-wracking at the same time because it is entirely shot from home by the cast, which is turning into the new normal in the times of COVID-19," Ranvir said. Ranvir Shorey Asks Mumbai Police To Assist Him in Taking His Household Help to Hospital For Wife’s Delivery.

The comedy drama follows the story of the residents of Metro Park in quarantine mode. In the special edition the characters adapt to the new ways of life. Actor Omi Vaidya said that the special edition will give people relief and a comedic mirror to their own lives. "People are struggling in the lockdown and the stories we see on TV/online suddenly seem so irrelevant and don't speak of the challenges people are facing right now," said Omi. Written by Ajayan Venugopalan, and directed by Abi Varghese and Ajayan Venugopalan, "Metro Park: Quarantine Edition" will premiere on May 23. Ther first season of the show came out last year. Ranvir Shorey and Konkona Sen Go Separate Ways Amicably, Couple Files For Divorce

"With the characters and milieu both being relatable to the current circumstances worldwide, we are confident this special edition will be showered with tons of love by the audiences," said Ridhima Lulla, chief content officer, Eros Group, about the original Eros Now series.