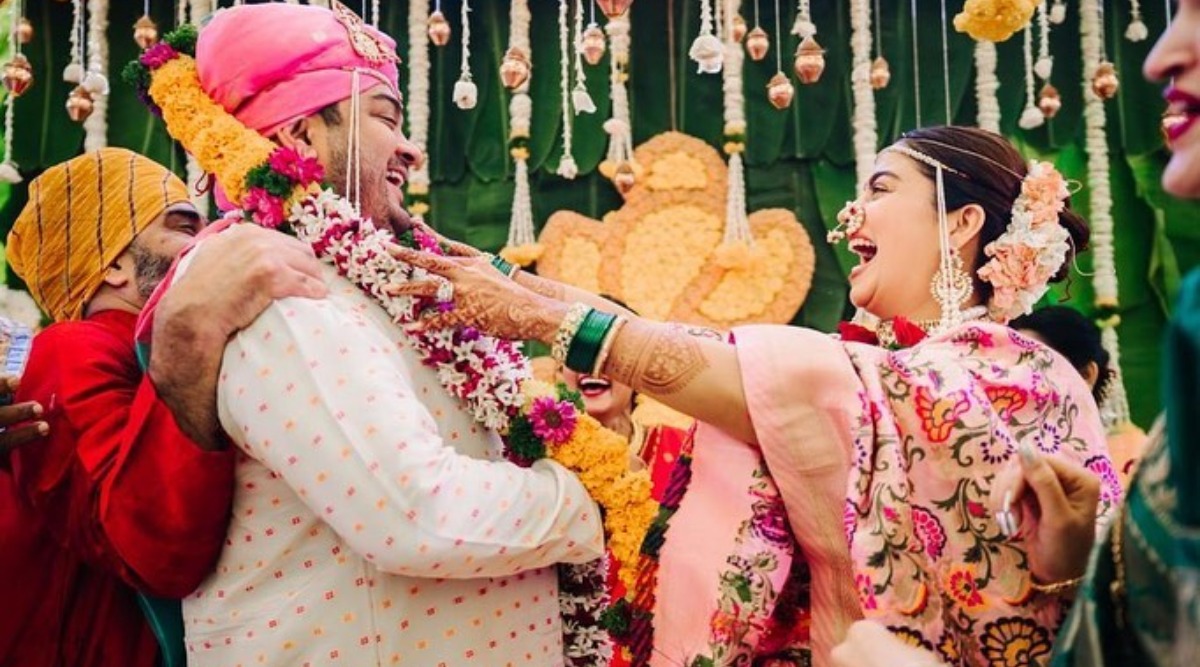 Nehha Pendse and Shardul Bayas tied the knot on January 5 in Pune. It was a traditional Maharashtrian ceremony attended by family members of the couple and close friends. Nehha has shared a series of pics from her wedding ceremony and reception, and she and her better-half, they make a stunning husband-and-wife duo. Yes, this couple is looking stunning in their wedding outfits. Here Are The First Pics Of Bride Nehha Pendse and Groom Shardul Bayas!

Nehha Pendse opted for a pastel pink coloured nauvari saree for her wedding ceremony, whereas Shardul Bayas opted for a sherwani. For the wedding reception, Nehha wore a striking blue, thigh-high slit gown. She kept her look minimal, yet chic. Her hubby dearest donned a black suit. A day before the marriage, Nehha and Shardul exchanged rings at The Ritz-Carlton in Pune. Let’s take look at the wedding ceremony and reception pics shared by the gorgeous actress on Instagram. Nehha Pendse Defends Husband Shardul Singh Bayas, Slams Trolls For Ridiculing His Past.

From The Wedding Ceremony

Soon after Nehha Pendse and Shardul Bayas tied the knot, netizens started trolling the latter for his weight and he being a two-time divorcee. Neha slammed all trolls and stated in an interview to TOI, “Shardul is not commitment-phobic. I salute him for his undying faith in the institution of marriage, it is easy to not believe in it after two failed marriages. That shows that he is a man of substance unlike those who fear the idea of getting married. I also feel that if a marriage is not working out, one should end it rather than drag on.” Nehha and Shardul met each other at a friend’s party. Before getting hitched, the duo dated for three months and it was in April 2019 when Shardul proposed her for marriage.