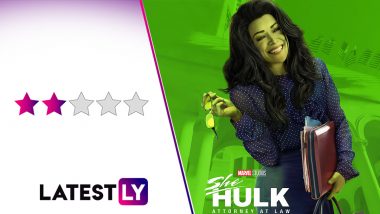 She-Hulk Attorney at Law Review: Whenever a Marvel Disney+ series is going to come out, you wonder what to expect this time. When it first started out with WandaVision and The Falcon and the Winter Soldier, we got a sense of what the formula here is going to be, and for the better or worse (mostly worse), that formula has almost failed in sticking the landing. With She-Hulk: Attorney at Law, it embraces those aspects almost immediately - which is a shame considering there is something really worthwhile in here. PS - the review is based on the first four episodes provided to us by Disney. She-Hulk Attorney at Law: Marvel Using Tinder to Advertise Tatiana Maslany's Disney+ Series, Have An Account Set Up In the Superhero's Name!

Developed by Jessica Gao for Disney+, She-Hulk: Attorney at Law focuses on Jennifer Walters (Tatiana Maslany) who, after an accident, has her blood infused with cousin Bruce Banner/The Incredible Hulk (Mark Ruffalo), and turns into a green monster herself. The only catch being, she is very much in control of herself. The series focuses on Jennifer trying to focus on her personal life while representing a superhuman law firm as the She-Hulk. 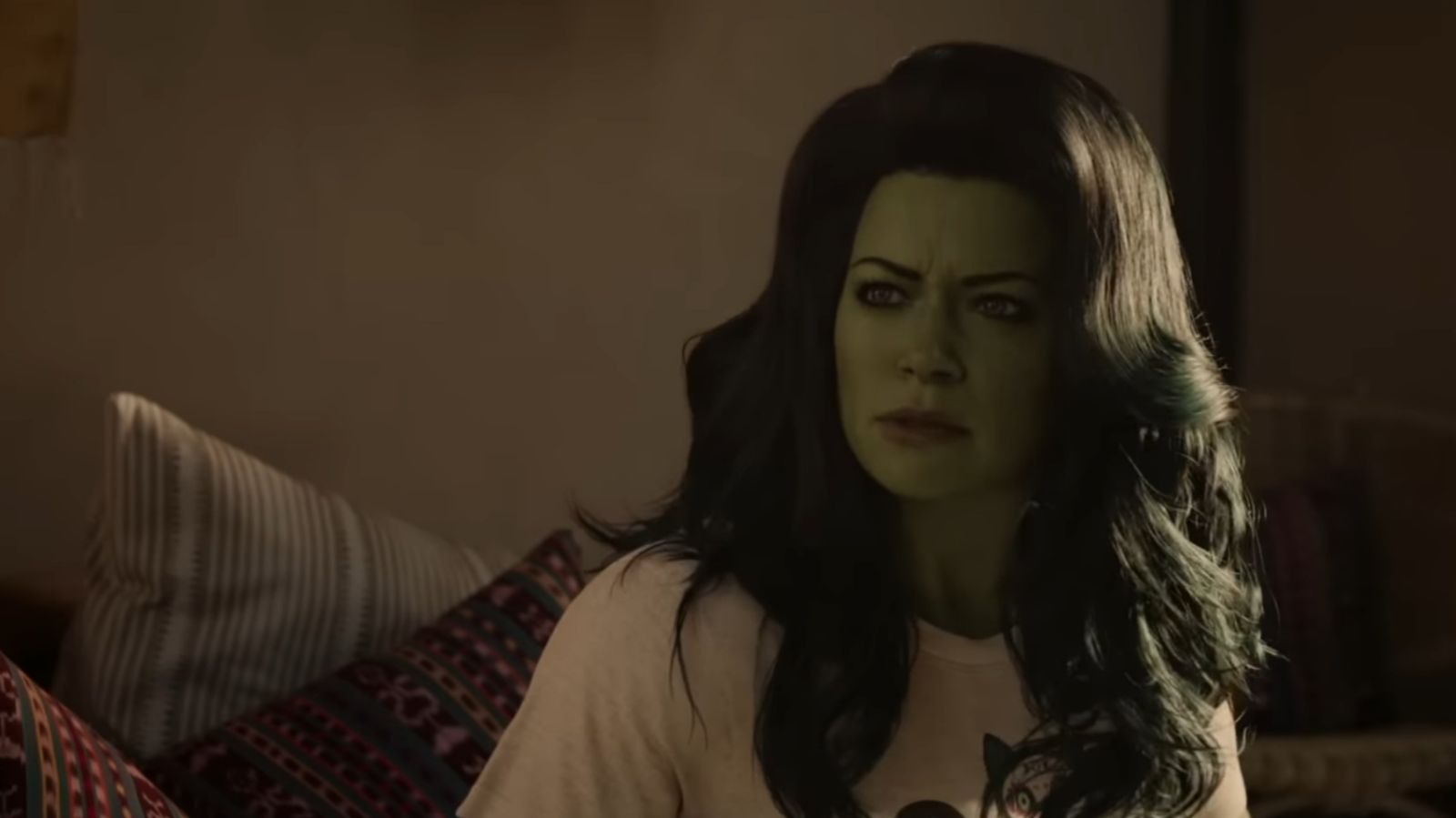 Talking about She-Hulk: Attorney at Law, we really need to talk about the elephant in the room – the CGI. We have all seen the Fiona memes and the countless criticisms thrown towards it, but She-Hulk herself looks pretty good in the show. There is still that uncanny feel to her at times, but overall, it’s a job well done. Considering Marvel’s recent treatment of the VFX artists, it’s really hard to criticise these aspects of their projects knowing exactly the conditions they are made in. Marvel 'Worst Client to Work For' as Per VFX Artistes, Refuse to Work With the Studios Due to Stress and Impossible Deadlines.

Playing She-Hulk is of course the wonderful Tatiana Maslany who is a complete riot here. Being another great addition to the MCU, she embraces the self-deprecating humour of She-Hulk: Attorney at Law very well, and Jennifer Walters is extremely accurate to how she is presented in the comics. While Bruce hated being the Hulk at the start, Jennifer enjoys it, and that dynamic is rather well expressed through Maslany’s portrayal. Plenty of fourth-wall breaks in here had me super excited for a future meet up with Deadpool.

Mark Ruffalo is quite effective in his extended cameo as Smart Hulk with the show setting up a future with him. Tim Roth’s return to the Marvel Cinematic Universe is a funny one, but comes at the cost of his character being turned into a complete tool. While he does great, the writing of Abomination/Emil Blonsky makes him feel like a far cry of what we saw of him in The Incredible Hulk, more on that later though. Benedict Wong can also do no wrong and his short appearance makes for magical viewing experience.

But for all these quirks, what She-Hulk: Attorney at Law lacks is a coherent structure. For a long time, it has felt like Marvel has wanted to make movies, but unfortunately had to turn those into shows. She-Hulk: Attorney at Law feels exactly like that – a TV show wanting to be a movie. Described as a thirty-minute courtroom comedy, there is such a mismatch of how the story is told that it created for a distorted viewing that I wasn’t sure how to feel about. It is fun, as a matter of fact it embraces its fun even in a better way than the more ill-received Thor: Love and Thunder did, but sadly it’s a let down. Thor Love and Thunder Movie Review: Chris Hemsworth, Natalie Portman's Marvel Film is a Bumpy Ride With Occasional Sparks of Taika Waititi Charm (LatestLY Exclusive). 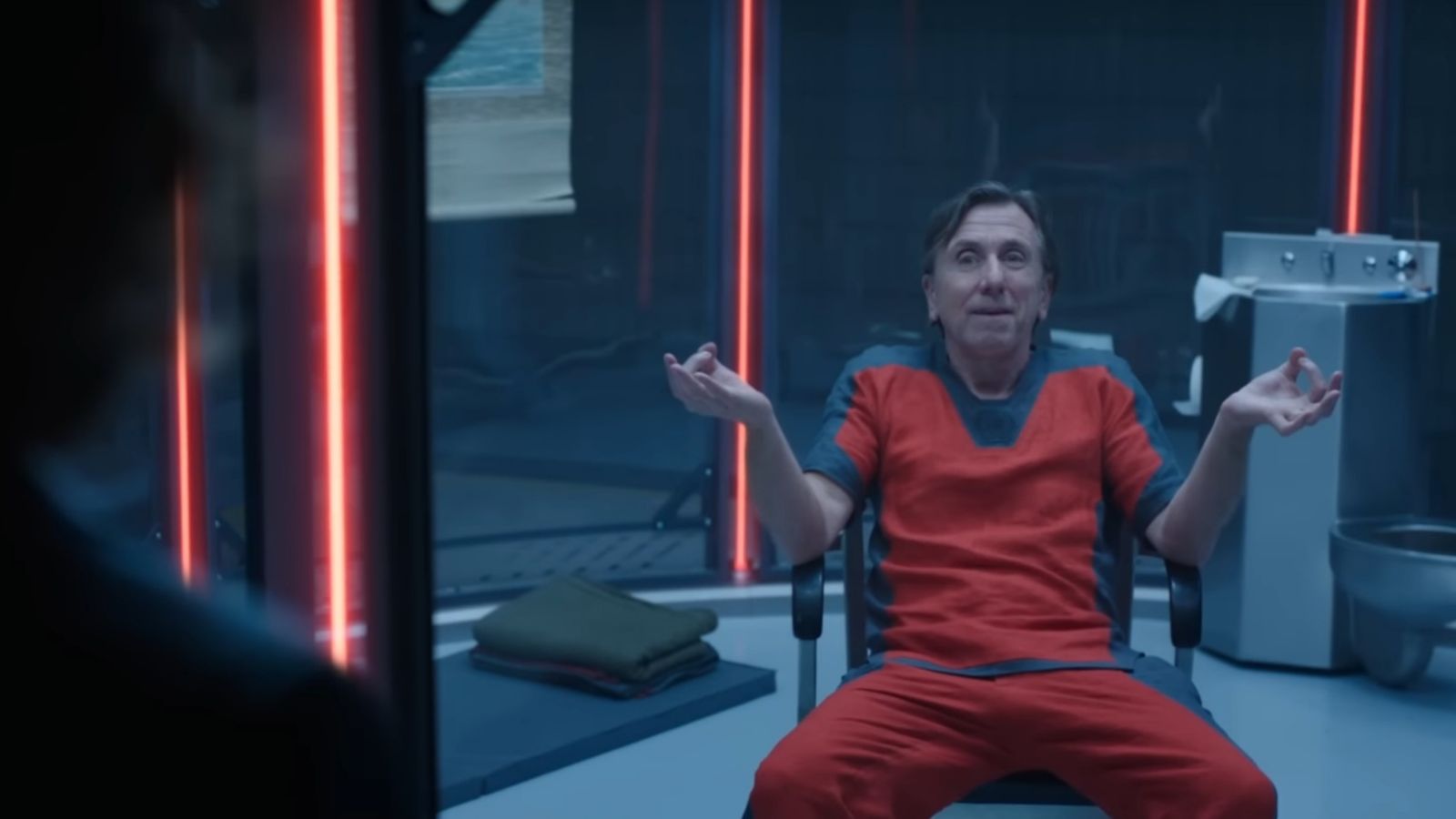 Mixing a serialised structure with the Marvel formula doesn’t really seem to gel well. The first episode covers the origins of Jennifer Walters turning into She-Hulk, but that duality of the character is thrown immediately right out of the window. For being extremely hilarious too, and believe me that there are some great zingers in here, it still manages to have a thinned-out story that’s stretched unevenly. They also drop a villain hint of someone sinister being behind everything, and I am just over that formula. I Am Groot Review: Baby Groot's Mischievous Antics Leave Us Wanting for More! (LatestLY Exclusive).

The fourth episode was perhaps my favorite of the bunch because it actually felt serialised, but everything aside from that didn’t, and it was disappointing to see because She-Hulk: Attorney at Law is brimming with personality. 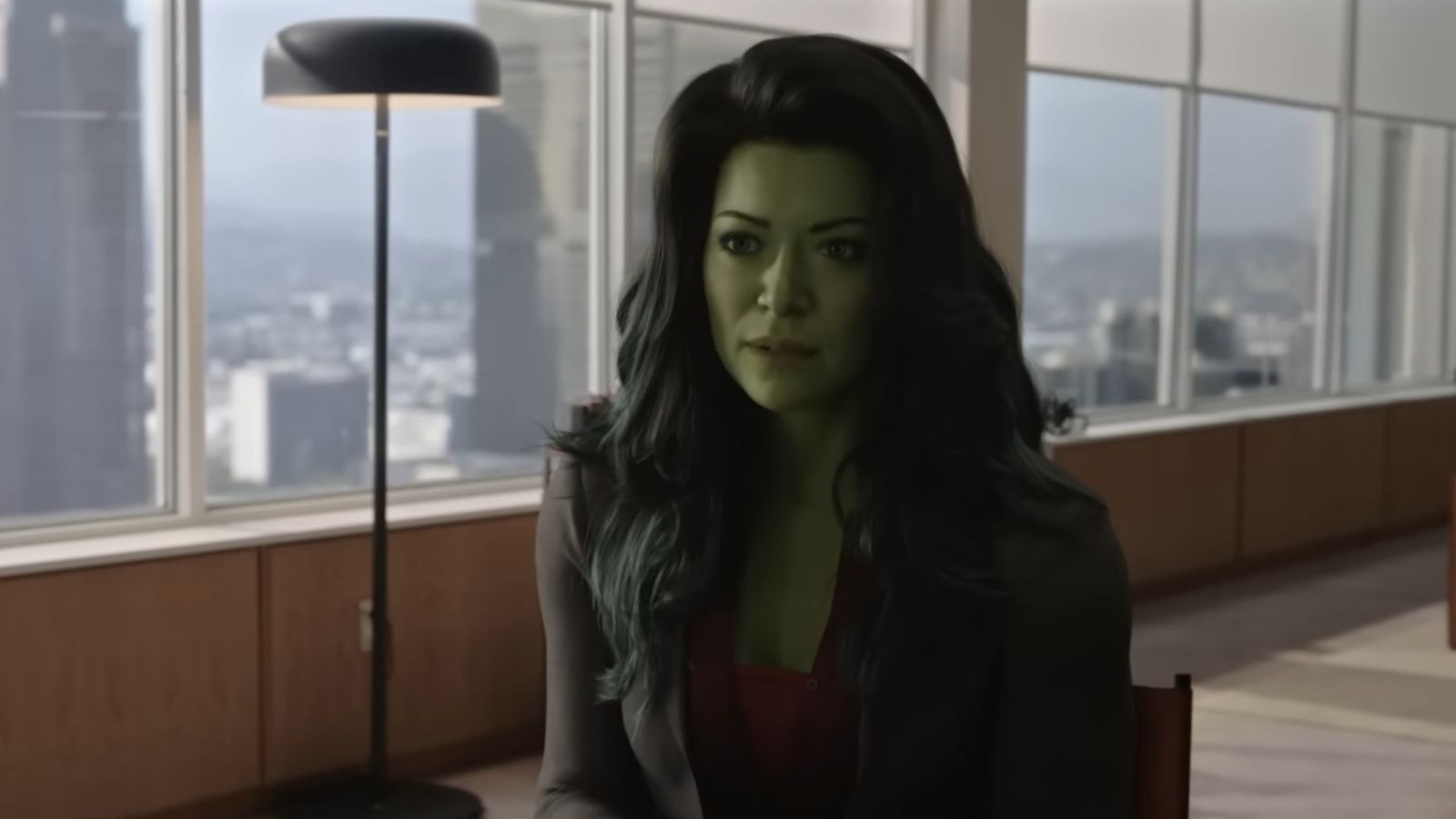 Side characters aren’t given their fair due, and the writing for some *points to Abomination* just didn’t work. It feels more like character assassination rather than character exploration. You can still take a serious character and bring them into a comedic situation, but with Abomination that just isn’t there. Also, don’t expect Daredevil in the first few episodes. Thankfully Tatiana Maslany carries this show on her back.

Writing For Some Characters

She-Hulk: Attorney at Law has a structure that feels like a hulking mess that creates for distorted viewing that left me rather disappointed than excited. It definitely has the charm and shine of the comics, and I would even say, is fun to watch as Tatiana Maslany does excellent work with the character, but the overall nature of the show just doesn't always click. She-Hulk: Attorney at Law starts streaming on Disney+ Hotstar starting August 18, 2022.

(The above story first appeared on LatestLY on Aug 17, 2022 06:30 PM IST. For more news and updates on politics, world, sports, entertainment and lifestyle, log on to our website latestly.com).