So looking back at the episode, here are eight major things we learnt from the aptly named "Previously On". Caution: Major SPOILERS Ahead! WandaVision is streaming on Disney+ Hotstar in India. 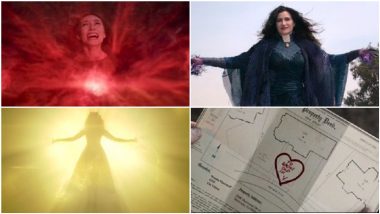 By the end of this show next week, you can either be a fan or WandaVision or may feel like it is a lost opportunity. But there is no denying that the series offers actress Elizabeth Olsen a terrific opportunity to display her skills as an actress. And there is no bigger proof of this than in the latest episode, the eighth one of the Disney+ series, where she gives the most heartbreaking performance throughout her arc in the entire MCU, while also denoting once again what a tragic character Wanda Maximoff is. WandaVision Episode 7 Recap: From the Agnes Reveal to That Sneaky Mid-Credit Scene, 10 Questions We Have About the New Episode.

Dropping the sitcom narrative and getting to the gritty reality of Wanda's brittle mental state, the focus of the episode is mostly on Wanda and Agatha Harkness, with Vision's presence looming over Wanda's arc. The episode deals with how Wanda's 'reality' came by, how Vision was resurrected and what's SWORD really upto. Moreover, for properly this time, we see MCU addressing how Wanda's tragic losses in her life is affecting her, from the deaths of her parents, to the killing of her brother and finding comfort in the Avengers compound in her frequent companion there - Vision - only to lose him later. Dealing with these tragedies kindled something more powerful than the powers Loki's sceptre gave to her. This episode was so Wanda-centric, that other important characters like Monica Rambeau, Darcy Lewis, Jimmy Woo were absent, though SWORD director Tyler Hayward had a key role.

So looking back at the episode, here are eight major things we learnt from the aptly named "Previously On". Caution: Major SPOILERS Ahead! 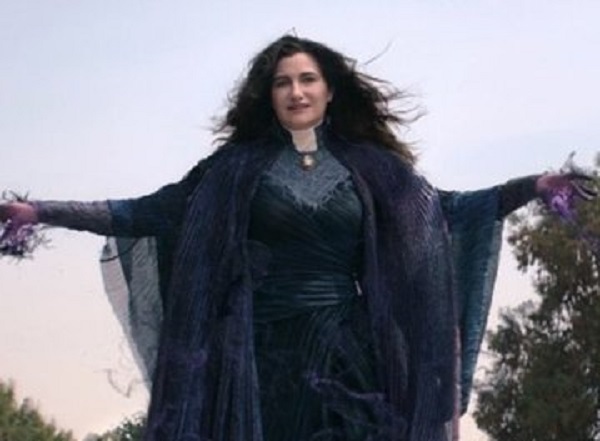 So we now have witches in a usually (pseudo) science-centric MCU! In the beginning of the episode, we learn that Agnes (Kathryn Hahn), who revealed herself to be a powerful witch Agatha Harkness at the end of episode 7, is someone who has been alive for centuries. The episode begins with Agatha being dragged through a forest by cloaked people, in what is a forest in Salem in the year 1693. Just when you thought she was being burnt as part of the infamous Salem witch trials, the truth is something else, though.

After she is tied up to a stake, we learn that the people who bound her up are witches themselves, led by Agatha's own mother. Apparently, Agatha had misused her powers to do something bad - we are not told what she did - which made her earn this punishment. Of course, she is more powerful now than they estimated, as Agatha escapes from her bindings, killing her mother and the rest. And now she is torturing Wanda in the present times. 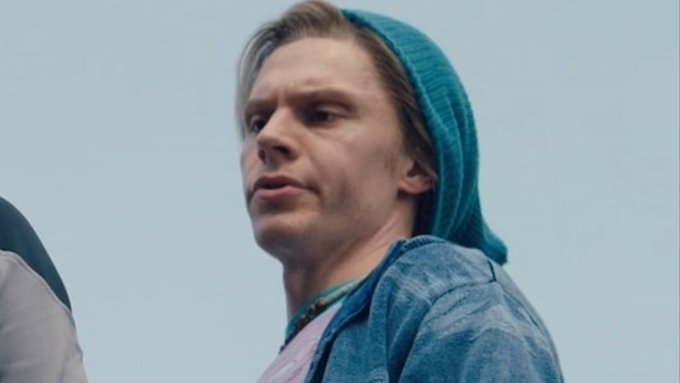 Strangely, going against the speculations set by the ending of last episode, it is not Agatha who made Wanda create this reality. Rather, she has been manipulating events within it. Even though she is powerful and can manipulate reality, Agatha's powers aren't as expansive as Wanda's, and she has no hand in creating this reality. So the Pietro she sends is a 'fake' to manipulate Wanda into confessing how she made this 'reality'.

As to who this 'Pietro', or as Agatha calls him 'Fietro', is (and what he did to Monica), we will only know next episode. WandaVision's Future Episodes Plot Leaked? 5 Big Rumours on Elizabeth Olsen’s Disney+ Series You Should NOT Check Out if You Care for SPOILERS!

Agatha makes Wanda revisit episodes from her traumatic past to understand how she created her 'reality. It is a very eye-opening experience for both Wanda and us, as we further realise the underlying sadness that prompted Wanda to add laughs in her new world. Wanda's 'sitcom reality' comes from her own sad childhood, where her Sokovian parents made her and her brother watch American sitcoms to understand their culture, so that one day, they could escape the strife-torn Sokovia.

Of course, a Stark missile ended that dream plan for them, killing her parents, and later making twins part of Baron Strucker's experiments that gave them powers. But her love for sitcoms like The Dick Van Dyke Show, Bewitched, Malcolm in the Middle et al never ceased, with even Vision joining her during an episode watch of Malcolm... where they share a heartfelt conversation. 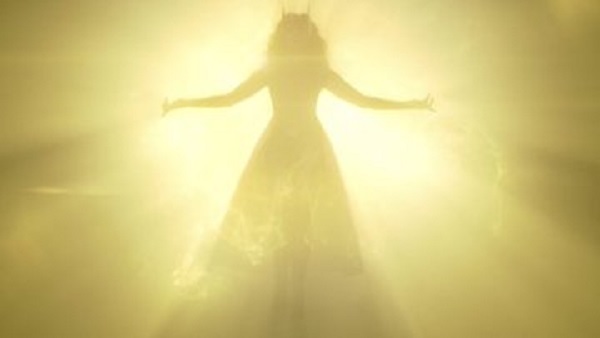 In one of the flashback journeys, we see for the first time Wanda being experimented upon by Strucker's men, using Loki's sceptre. Wanda manages to mentally break inside the blue casing of the Mind Stone and see within, revealing a hypnotic glimpse of perhaps herself as a 'Scarlet Witch'. Whether this experience gave her powers or it just created a trigger to release the dormant powers within her, remains to be seen. After all, we are still confused how the sceptre gave the twins two different powers.

Vision Was Not Stolen 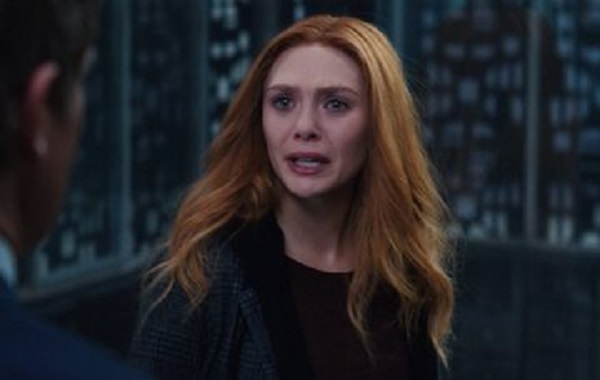 In the eighth episode, it was made clear that Tyler Hayward had lied to Monica that Wanda had stolen Vision's body from the SWORD headquarters. In reality, Wanda did want Vision's body but only to give it a proper funeral (maybe prompted by the one given to Tony Stark). Hayward instead told her that they cannot release the body that has three billion dollar worth vibranium, and could be used as a weapon. He shows her how they are breaking down Vision's remains, and a traumatic Wanda leaves the place without a fight, realising that those remaining parts doesn't have her 'Vision'.

In a time before Thanos came calling, Vision hoped to lead a quiet life with Wanda, and knowing her love for sitcoms, has bought a plot in Westview for them to settle and grow old. Vision's deed makes Wanda drive to the place and go to the plot. It is at that moment the death of her lover hits her the most, realising her of the pain of a happy life she never could have. And it is this pain that made her create her 'Hex', and even without Vision's body (more on this ahead), she managed to create Vision out of her own powers.

This is exactly why Vision couldn't get out of the Hex, as seen in the end of the sixth episode, without disintegrating himself. His 'life' is firmly tied within her Hex. Though that errr... also makes his, her son, doesn't it? Weird! Anyway, Monica was right when she said at the end of the fourth episode, "It's all Wanda!" 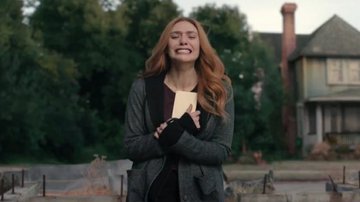 After realising that she herself has created her Hex, Wanda runs out of her house to see Agatha has taken on her real witch form and have put her twins - Billy and Tommy - on harness. Agatha coerces Wanda to face the truth of what she is - a possessor of 'Chaos Magic'. She tells her, “You’re supposed to be a myth. A being capable of spontaneous creation. And here you are, using it to make breakfast for dinner.” And then properly refers to her for the first time as 'Scarlet Witch'.

For the unaware, Chaos Magic in Marvel comics is a powerful form of magic that is used to manipulate the fabric of reality and existence, a power only a few possess in the Marvel lore. It is traced back to Elder God Chthon who is also known as God of Chaos.  In the comics Chthon had touched Wanda's hands when she was a kid, thus transferring some of his powers to her. However, such a story has not been referred to in MCU till now. At least till the eighth episode of WandaVision. Who knows what the future holds?

From the seventh episode, WandaVision has begun showing mid-credit scenes. This week's episode offers a startling tease. Hayward wasn't planning to launch a nuke on Westview to counter Wanda's powers, he wanted to launch something else. He claimed that he didn't want anyone to use Vision's body as a weapon, instead he created it as a weapon for SWORD. We see a white form of Vision return to life aided by the energy they got from the Hex. As to what havoc this 'Vision' will cause in WandaVision, we have to wait till March 5 to get all the answers, as the final episode of the series drops in. WandaVision is streaming on Disney+ Hotstar in India.

(The above story first appeared on LatestLY on Feb 26, 2021 09:12 PM IST. For more news and updates on politics, world, sports, entertainment and lifestyle, log on to our website latestly.com).