U2 Mumbai Concert: Irish Rock Band Arrives in the City! Netizens Excited to Meet Them on December 15 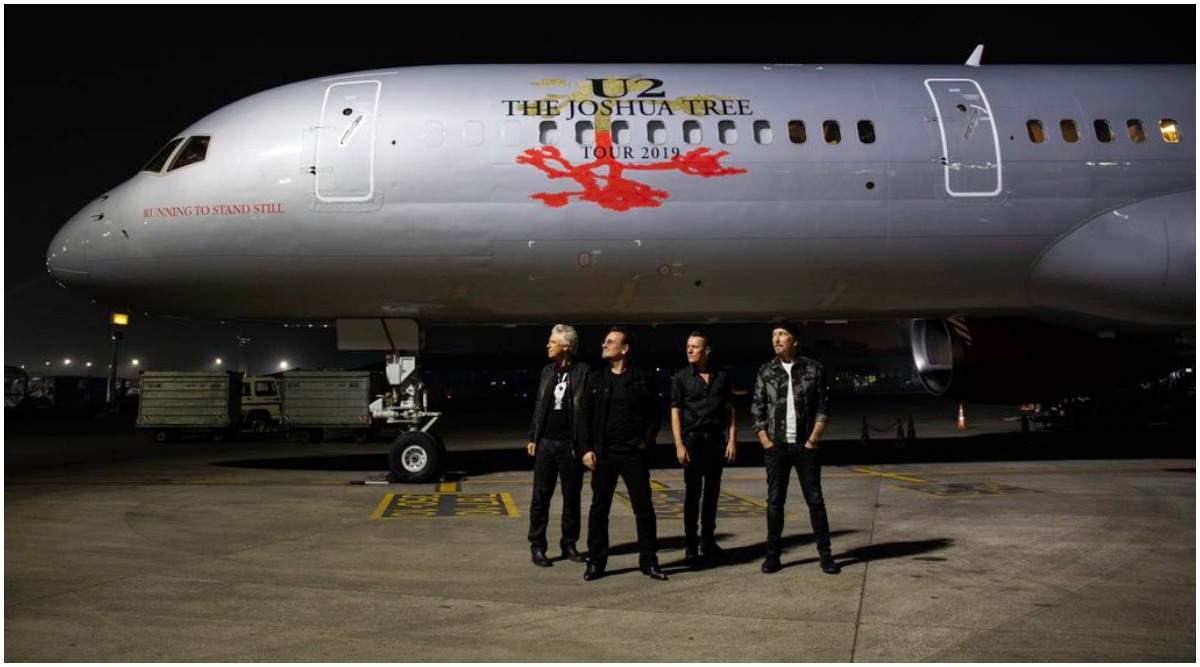 The Irish rock band U2 is all set to perform on December 15, 2019 at the DY Patil Stadium in Navi Mumbai. The band comprises of lead vocalist and rhythm guitarist Bono, The Edge who plays the guitar, keyboards and is also in backing vocals, Adam Clayton the bass guitar and Larry Mullen Jr on drums and percussion. U2 is one of the most loved bands in the world and they are all set to make a grand performance on Sunday. The fabulous four have arrived in Mumbai and have also shared a picture of the same on Twitter. U2 Mumbai Concert: Special Train Service Planned from Andheri to Nerul on December 15.

U2 arrived in Mumbai on December 12 evening. After they shared the picture of their arrival with the caption, “Touching down in Mumbai... So excited to be here! Bono, Edge, Adam, Larry”, netizens just cannot contain their excitement. There are many who are heading for the concert. They have expressed their sheer joy to attend the event on Sunday. Earlier in an interview to NDTV, U2 had shared that they are super-duper excited to come to India and perform. The band is in the country as a part of The Joshua Tree Tour 2019. The Joshua Tree is the band’s fifth the album and India is the final stop of this tour. AR Rahman to Perform His Collaborative Single with U2 Titled ‘Ahimsa’ at the Mumbai Concert.

Here’s The Pic Shared By U2

Touching down in Mumbai... So excited to be here! Bono, Edge, Adam, Larry pic.twitter.com/hVClOhbgo5

Fans who are excited about the arrival of U2 have dropped comments such as “The best band in the world”, “Can’t wait to see you on Sunday!”, “My wife and I will be attending our 3rd U2 concert. Never imagined the band would visit India so traveled to Vancouver and Amsterdam to tick the number one bucket list item on her list “Watching U2 live”; really excited about the Mumbai concert. Hopefully will exceed expectation”, and much more. Also, AR Rahman would be performing the opening act of the concert. Stay tuned for further updates!