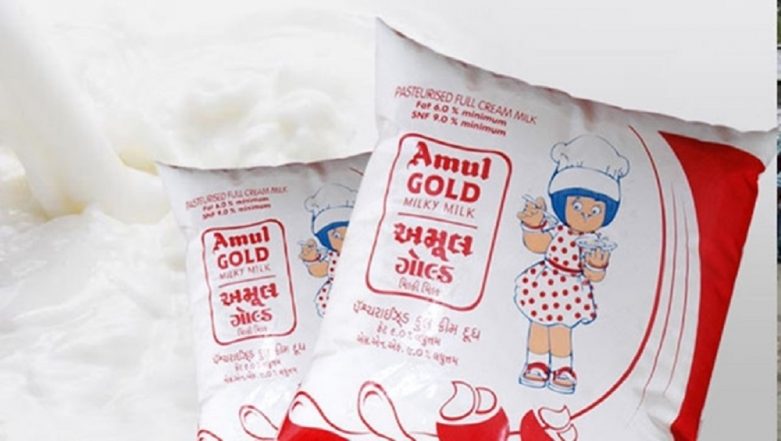 Ahmedabad, May 13: The Amul Dairy has increased milk procurement prices by Rs 10 on a kg of fat for buffalo milk and Rs 4.5 in the case of cow milk following a drop in production because due to summer heat, official sources said.

The daily milk income of Amul Dairy was 30 lakh litres in the winter while it has fallen to 25 lakh litres now. Coming into retrospective effect from May 11, the cattle breeders will be paid Rs 640 a kg fat and Rs 290 a kg fat for buffalo and cow's milk respectively. The hike will benefit seven lakh cattle breeders associated with 1,200 milk associations of Amul Dairy. Amul Test-Launches Camel Milk in Select Gujarat Markets.

Following a rise in summer temperatures, there is a drop in milk production while the price of cattle fodder has increased leading to economic crisis for the cattle breeders.