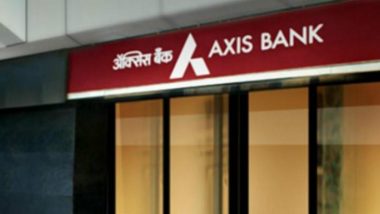 New Delhi, July 31: Public and private lenders will remain shut on several days this month due to a spree of festivals. The day of offs would vary in states depending on the gazetted holidays. While bank holidays are observed on occasion of some festivals in few states, other states may not list the festival as a gazetted holiday.

Most cities across India will see banks remain closed on two major festival days - Eid Al-Adha (Bakra Eid) on August 1 and Independence Day on August 15. Banks in some states will also remain closed on the days of Raksha Bandhan, Teej, Patriot's Day, Janmashtami and Ashura.

Eid-Al Adha: Banks across India are expected to remain closed on August 1 on the occasion of Bakra Eid. The day falls on first Saturday, and had been observed as half working day if the festival was not scheduled to be observed on the date.

Raksha Bandhan: On August 3, the banks will remain closed in Ahmedabad, Dehradun, Jaipur, Kanpur and Lucknow. Lenders in other cities are also expected to remain shut.

Other major festivals in the month fall on the following dates: August 13 (Patriot's Day), August 15 (Independent Day) and August 22 (Ganesh Chaturthi). On these days, banks are expected to remain shut in most cities.

(The above story first appeared on LatestLY on Jul 31, 2020 03:19 PM IST. For more news and updates on politics, world, sports, entertainment and lifestyle, log on to our website latestly.com).