Indian Army Major Nikhil Handa, the accused in the murder of another army officer ’s wife was brought to Delhi after he was arrested in Meerut earlier today. 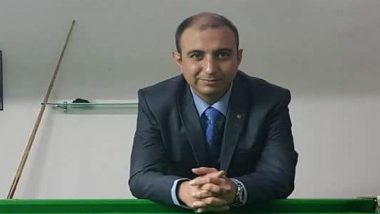 New Delhi, June 24: Indian Army Major Nikhil Handa, the accused in the murder of another army officer ’s wife was brought to Delhi after he was arrested in Meerut earlier today. Major Handa was nabbed from Meerut's Daurala and has been taken into custody by the Delhi Police.

The murder took place yesterday at South-West Delhi’s Brar Square. The 35-year-old deceased has been identified as Shailja Dwivedi, wife Indian Army’s Major Amit Dwivedi. She is also survived by a six-year-old son. V Singh, DCP  told ANI, “Accused has been brought to Delhi. He knew the victim since'15. During an argument, he attacked her with a knife, threw her out of the car and ran over her.”

Shailaja had left her house last at 10 am to attend a psychotherapy session at the Army's Research and Referral (RR) Hospital.  She went to the hospital in an official vehicle assigned to her husband. But according to hospital authorities, she did not turn up for the session.  At 1:30 pm the police got a call about a body being found on an isolated stretch of road leading to the Railway Protection Force Mess near Brar Square.

Initially, the police suspected it to be an accident. However, Shailaja’s body was found with slit throat and face run-over by a vehicle indicated towards a targeted killing. The police also examined call records of the deceased.

(The above story first appeared on LatestLY on Jun 24, 2018 08:45 PM IST. For more news and updates on politics, world, sports, entertainment and lifestyle, log on to our website latestly.com).