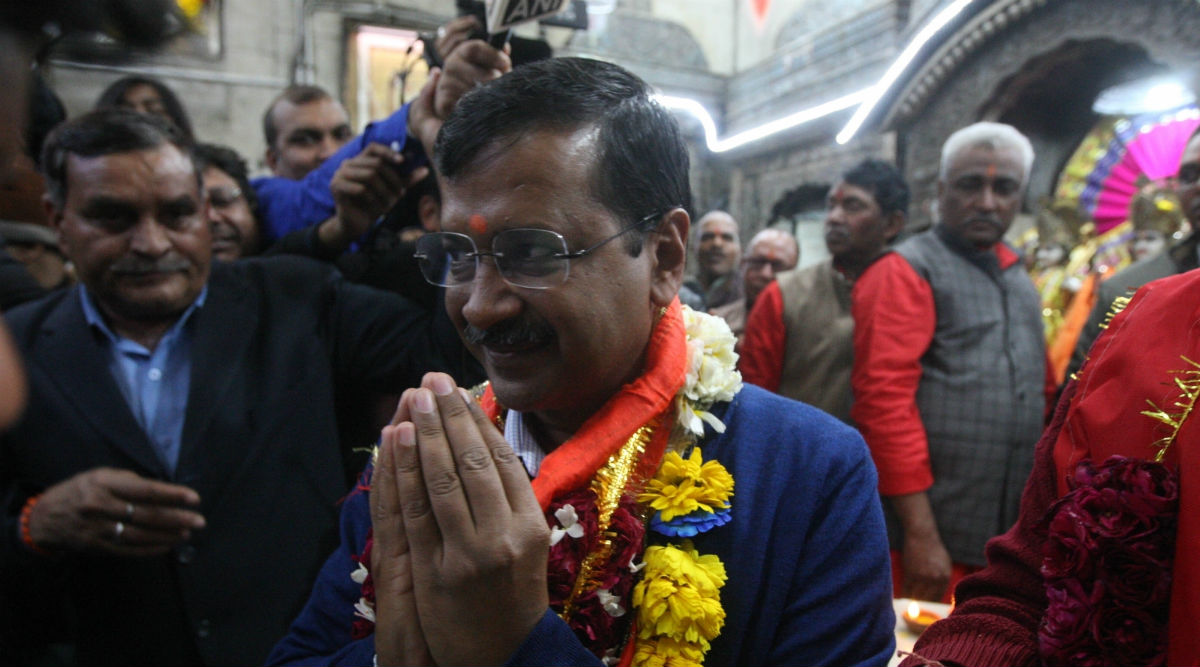 New Delhi, February 15: Heads of schools across Delhi have been requested by the government to attend the swearing-in ceremony of Chief Minister-designate Arvind Kejriwal on February 16. Delhi's Directorate of Education has issued a directive in which heads of schools have been requested to attend Arvind Kejriwal's oath-taking event along with 20 teachers, including Vice Principals, Entrepreneurship Mindset Curriculum Coordinators, Happiness Coordinators&Teacher Development Coordinators. Delhi Assembly Elections Results 2020: Three Reasons Why Arvind Kejriwal's Aam Aadmi Party Won Despite BJP Resurgence.

Kejriwal's Aam Aadmi Party (AAP) bagged 62 of the 70 assembly seats in Delhi elections held on February 8 and will be forming the government again on Sunday. President Ram Nath Kovind on Friday appointed Kejriwal as the Chief Minister of Delhi with effect from Sunday. The Chief Minister-elect invited citizens of Delhi to his swearing-in ceremony, saying people should come to bless their son. "Delhiites, your son will take oath as the Chief Minister for the third time. Do come to bless your son. Sunday, February 16 at 10 a.m. at Ramlila Maidan," he said.

While no political leader from outside Delhi has been invited, Prime Minister Narendra Modi, seven Lok Sabha MPs from the national capital and eight newly-elected BJP MLAs received the invitation for Kejriwal's swearing-in ceremony. However, PM Modi will give the event a miss as he will be visiting his Lok Sabha constituency Varanasi on Sunday to inaugurate various projects, as per his schedule.