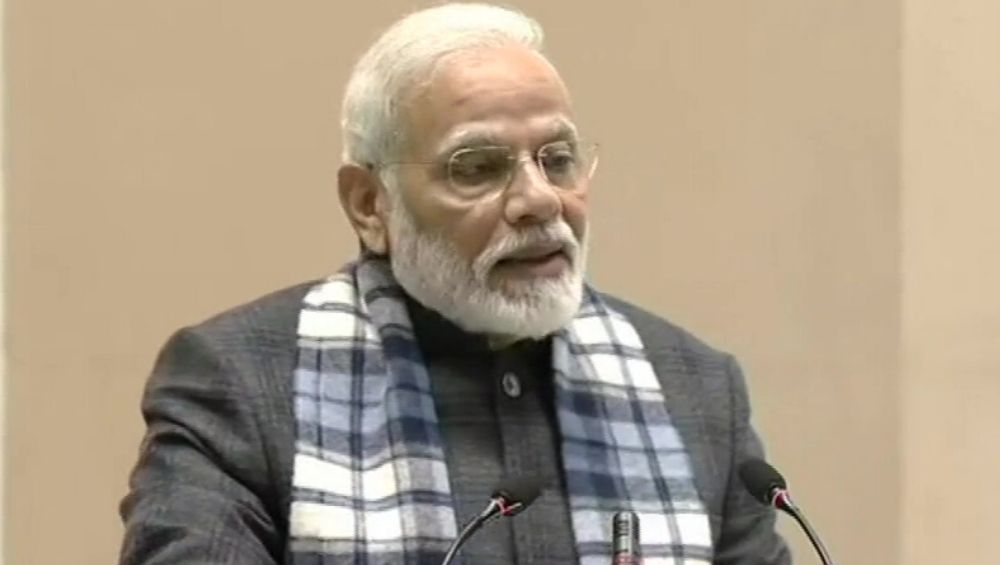 New Delhi, February 14: Prime Minister Narendra Modi who has been invited to attend the swearing-in ceremony of Arvind Kejriwal at the capital's Ramlila Maidan on Sunday, will not be in the city that day, as he will be visiting his Lok Sabha constituency Varanasi to inaugurate various projects.

Speaking to IANS, sources in the party said the invite has been sent to the Prime Minister. Kejriwal will take oath as Delhi Chief Minister for the third consecutive time, along with his cabinet at 10 a.m. Arvind Kejriwal Swearing-In as Delhi Chief Minister: AAP Chief Invites PM Narendra Modi For Oath-Taking Ceremony at Ramlila Maidan.

The Prime Minister is set to inaugurate the newly-built Vaidik Vigyan Kendra or the Centre for Vedic Sciences at Banaras Hindu University (BHU) along with several other projects, during his visit to his parliamentary constituency.