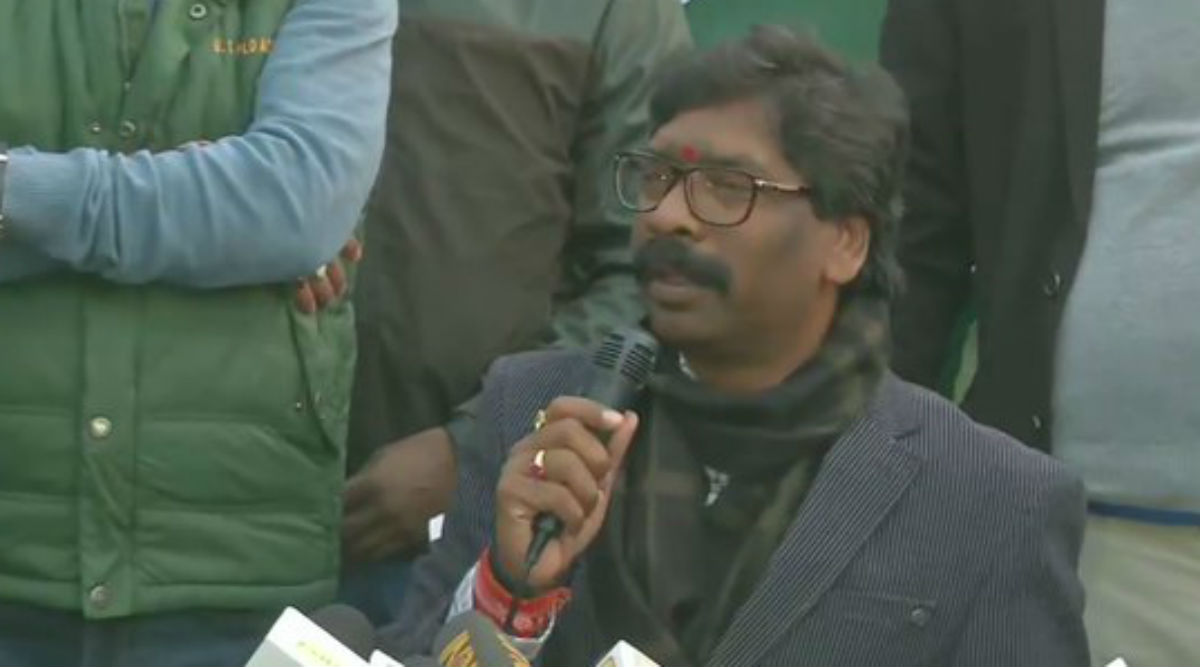 Ranchi, January 22: A day after seven tribals were killed for allegedly protesting the Pathalgadi movement in Jharkhand’s West Singhbhum district, Jharkhand Chief Minister Hemant Soren on Wednesday ordered to form Special Investigation Team to investigate the matter. The came after Soren held a high-level meeting with Director General of Police (DGP), and other top officers. Chhattisgarh: Seven Naxals Killed by Security Forces in Encounter in Rajnandgaon.

Jharkhand CM Hemant Soren has ordered an SIT investigation in Chaibasa incident. The order came after he held a high-level meeting with Director General of Police (DGP), and other top officers. https://t.co/IBX2KwynoJ

Earlier in the day, seven people who were allegedly abducted by Patthalgari supporters in Jharkhand's West Singhbhum district were found dead. According to the police, the dead bodies have been recovered from the jungle after 24 hours of search operation.

On January 19, a meeting was convened by Patthalgari supporters at Burugulikela village. James Bhud, Deputy Pramukh of Gulikela Panchayat opposed the Patthalgari supporters. He was allegedly abducted along with six people on the same day. Hemant Soren Drops Pathalgadi Sedition Cases Against Tribals in a First Move After Taking Oath as Jharkhand CM.

When they did not return on Monday, the family members lodged a complaint with the police, suspecting the worst. On Tuesday, news spread that they have been killed. Police, launched a search operation on Tuesday, and recovered the dead bodies on Wednesday. Their bodies were then sent to post-mortem.

Patthalgari is a tribal custom in which stone is fixed at a certain place to demarcate the boundary. The Patthalgari was used to protest the amendment in two land Acts, brought by the BJP government in 2016. The stone was used as a mark of protest to write slogans against the government's polices. Hundreds of people were booked for supporting Patthalgari against the government. Even sedition charges were slapped and many arrested. Soren in its first cabinet meeting, withdrew the cases related to Patthalgari.