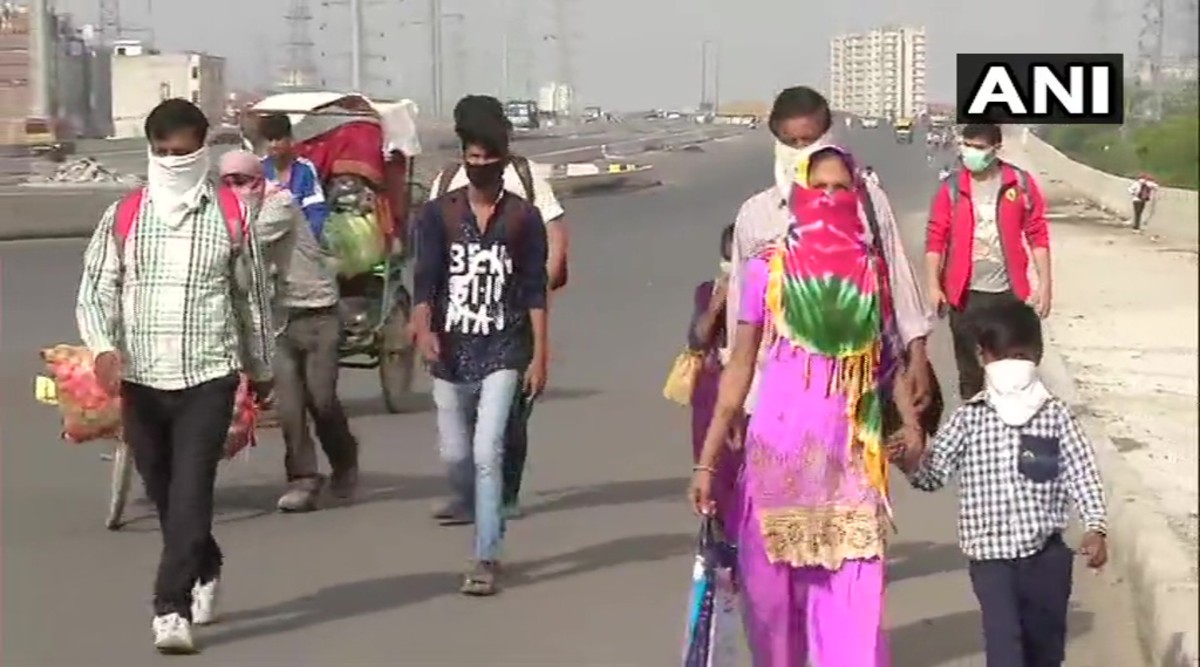 New Delhi, March 26: Despite repeated assurances by the Centre and state government of no shortage of food and essential services in Delhi, many daily wage earners have started fleeing the national capital on foot to return to their native villages in nearby Uttar Pradesh and other states because of the hardships being faced by them.

Most daily wage earners who are fleeing have complained that they are doing so because they will die of hunger due to lack of resources at their disposal."I am going to Azamgarh, my native place which is more than 800 kilometers from here. We have started walking towards our village. Catch all live updates related to coronavirus outbreak in India and other parts of the world.

On the roads, if we get some vehicles then it will be all right otherwise we will continue on foot. I used to work in the construction sector but all work has stopped, we therefore have no other means to buy our rations.

Atleast, food is guaranteed in our homes," Ghanshyam, a daily wage earner, told ANI here. Rani, another daily wage earner, who was fleeing Delhi along with her family said, "Who would want to leave on foot, but what other options do we have. Our children will die of hunger, even if they are saved from the disease. That is why we are leaving.

Delhi: Daily wage workers walk near Delhi-Ghazipur border for their homes in different districts of Uttar Pradesh. A woman says, "We have no money left as we don't get any work here. What shall we eat? If we would not leave the city, we would die of hunger". #CoronavirusLockdown pic.twitter.com/WcZHY4jt9X

"While the government has been assuring that it will provide food and other essentials to the low-income groups, the people complained that they are yet to receive any help.The departing of people has started despite repeated warnings by governments to prevent the influx of persons living in other states to curtail the spread of coronavirus.

Prince, who used to reside in Mangolpuri area of Delhi, said, "If we continue to stay the landlord will pester us for rent. The prices of all commodities are rising with each passing day, this way we will have nothing left to survive. We did not get any help from the government. I am, therefore, returning to Kasganj, which is close to 300 kilometres from Delhi. We will at least get food served twice a day in the village, nobody is offering us even water here.

"Earlier on Tuesday, Delhi Chief Minister Arvind Kejriwal had announced Rs 5,000 for each construction worker under Construction Workers Welfare Board Fund.Addressing a video conference here, he said, "The Delhi government will give Rs 5,000 to each construction worker as their livelihood has been affected due the outbreak of coronavirus. Coronavirus Cases in India Jump to 649, Death Toll Due to COVID-19 Rises to 13, Says Health Ministry.

"He also said that the number of night shelters in the city has been increased and more food is being distributed to homeless people.He also said that due to curfew, several people were not able to get food, and urged the public to send such people to the nearest shelters of the Delhi government, where food was being arranged.