Delhi Violence: Locals Distribute Food to Kin of Injured Victims at GTB Hospital, Say 'Not Sponsored by Any Political Party' 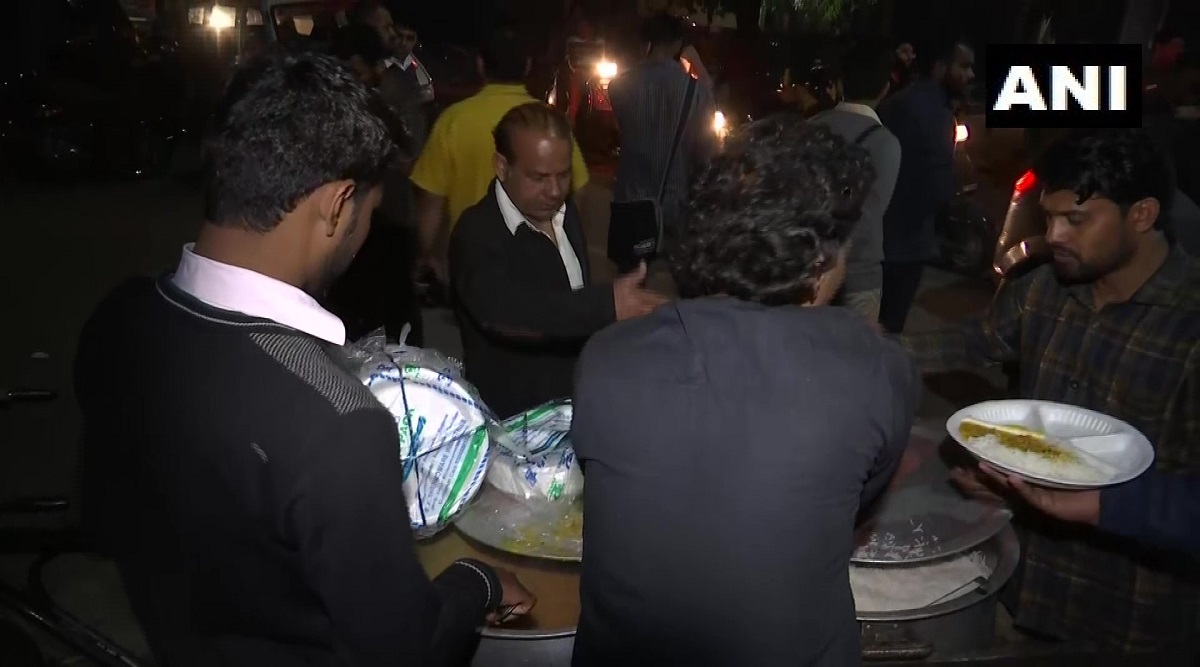 New Delhi, February 27: Amid the deep polarisation in Delhi which led to the communal bloodshed, an instance of unity and compassion was witnessed on Thursday, when locals began distributing food to kin of injured victims irrespective of their religious affiliations. The food was distributed at the Guru Tegh Bahadur Nagar (GTB), where maximum among the victims are recuperating. Delhi Violence: Death Toll Rises to 38, Police Form SIT to Probe Fatal Clashes.

One of the organisers of the food distribution drive, Moosa Alvi, told reporters that they are neither doing it for fame nor to draw media attention. Their sole motive of distributing the food is to serve the people who have suffered tremendous loss in the violence that plagued North East Delhi. "It is not sponsored by any political party. We are doing it on our own," he said.

Delhi: Locals distribute food to people attending to their relatives who were injured in #DelhiViolence & are recuperating at Guru Teg Bahadur Hospital. Moosa Alvi, one of the organisers, says, "It is not sponsored by any political party. We are doing it on our own". pic.twitter.com/lcJcnYAask

The death toll in Delhi violence jumped to 38 on Thursday, with the maximum deaths, 34, reported at the GTB hospital. Although no incident of arson or clashes were reported today, the fatality-count rose as several victims admitted over the last three days succumbed to their injuries. Apart from 38 deaths, over 200 are said to be injured, a few among them critically.

Chief Minister Arvind Kejriwal announced a compensation of Rs 10 lakh each to the kin of deceased. A camp would also be set up by the government to issue documents to those who have lost their ID cards in the violence which erupted in the city. School children of both private and government schools, who lost their books or uniforms, would be provided the same without any cost, he said.