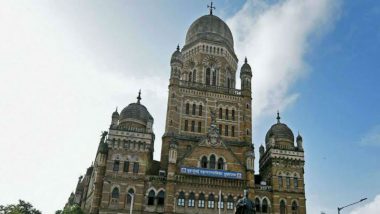 Mumbai, October 17: Panic gripped parts of Mumbai as residents of several areas complained of a suspected gas leak in parts of the city. Residents of Thane, Mulund, Kanjurmarg Ghatkopar, Powai and Vikhroli, Chembur and other areas took to micro-blogging siteTwitter to share the news of a suspected gas leak on Saturday evening. People complained of a weird smell in their areas, raising safety and health concerns. However, so far, the BMC or the Mumbai fire department has not issued any statement in this regard.

Several Twitter users informed that they experienced a strange smell of gas emanating from their areas in Chembur, Ghatkopar, Mulund, Powai which is likely be to be that of a gas leak. A Twitter user said that heavy gas leak smell was experienced by some in Ghatkopar east and its neighbouring areas while another user added saying that this is the third instance in a year and the origin of the weird smell had not been investigated.

Anyone else getting a strong pungent gas leak smell. Since last 30 mins. Many of us in our complex is. #gasleak @mybmc

Earlier in June, Mumbaikars had complained of a similar gas leak.  However, the Mumbai Fire Brigade had categorically denied of any such gas leakage of in areas where residents complained about the foul smell.

(The above story first appeared on LatestLY on Oct 17, 2020 05:48 PM IST. For more news and updates on politics, world, sports, entertainment and lifestyle, log on to our website latestly.com).