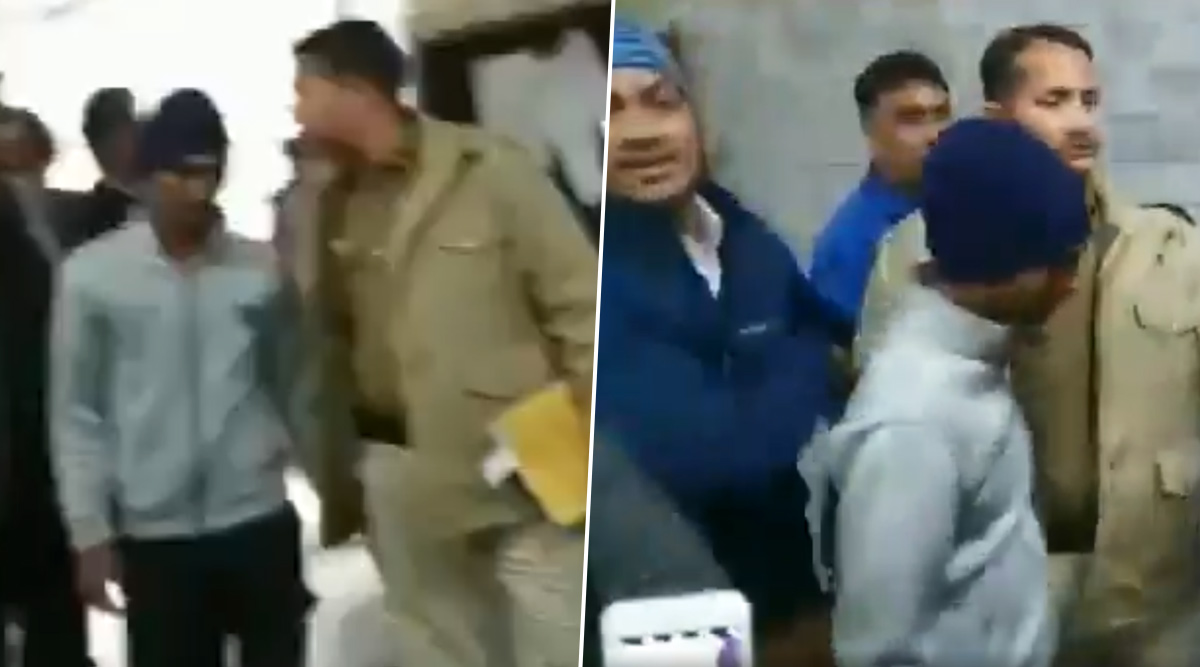 One of the convicts in Gudiya gangrape case attacked journalists outside Karkardooma court (Photo Credits: ANI/Screengrab)

New Delhi, January 18: After Delhi's Karkardooma Court found two accused guilty in Gudiya kidnapping and gangrape case, one of the convicts attacked journalists and tried to snatch their mobile phones. The incident took place after the convicts were being taken out of the court after the hearing. The convict attacked the journalists when they were trying to record the proceedings. The video of the entire incident has surfaced on social media. Woman Raped in Moving Car in Shimla, Himachal Pradesh CM Orders Magisterial Inquiry.

Earlier in the day, the Delhi court, convicted two accused, Manoj Shah and Pradeep Kumar, in connection with a 2013 kidnapping and rape case of a five-year-old girl in Gandhi Nagar. The court will hear the argument on the quantum of sentence on January 30. Additional Sessions Judge Naresh Kumar Malhotra convicted Manoj Shah and Pradeep Kumar in the case, and said the child, who was just five years old, experienced exceptional depravity and extreme brutality. Mumbai Crime Report 2019: Rape Cases Up 14%, While Theft Tops Chart, But Down 6%.

Karkardooma Court in Delhi: One of the two convicts in 2013 kidnapping and rape case of a 5-year-old girl in Gandhi Nagar, attacked journalists and tried to snatch their mobile phones also, while coming out from the court after hearing. https://t.co/gnGKiQcbN4 pic.twitter.com/fqb3qCvgqQ

Shah and Kumar had raped the girl at Gandhi Nagar area and shoved objects in her private parts on April 15, 2013. The convicts led after committing the crime, leaving the victim at Manoj's room, believing her to be dead. The child was rescued 40 hours later on April 17, 2013.