Suspecting disloyalty, the woman had installed a GPS tracker in her husband's car. The 41-year-old businessman had told his wife that he is heading to a work trip to Bangalore. 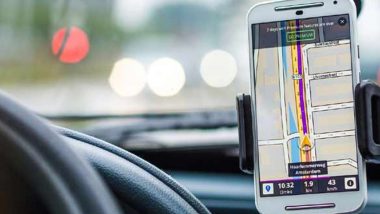 Gujarat,  February 4:  A Gujarat- based woman filed a case against her husband for having an extra-marital affair which she found out with the help of a GPS tracker. Reportedly her husband had checked into a hotel in Pune with another woman who was from Chandigarh.

As per a report published in Hindustan Times, suspecting disloyalty, the woman had installed a GPS tracker in her husband's car. The 41-year-old businessman had told his wife that he was heading to a work trip to Bangalore. Though while tracking his movements by the GPS device, she found that he went to Pune instead of Banglore and then she even found that he went to a hotel in Bavdhan.  Delhi Shocker: Auto Driver Kills Wife Over Suspicion of Extramarital Affair in Tughlakabad Extension Area.

She called the hotel in Bavdhan, Pune and enquired about who was staying in the room with him. Later she went to the hotel and found CCTV footage of the two together and recorded the footage on her cellphone as proof. She then also found that her husband had used her name and Aadhaar card to book the room in the hotel. The woman filed a police complaint against her husband in Hinjewadi police station upon being sure of his adultery. Hyderabad: Two Men Gang-Rape Married Woman by Threatening To Expose Her Extra-Marital Affair, Arrested.

A case under Sections 419 (personation) and 34 (common intention) of Indian Penal Code was registered against the accused at Hinjewadi police station.The accused is a businessman and director of a private company based in Surat. The complainant, his wife, is also a director in the same company.

(The above story first appeared on LatestLY on Feb 04, 2022 01:05 PM IST. For more news and updates on politics, world, sports, entertainment and lifestyle, log on to our website latestly.com).