Islamic State Claims 1st Ever 'Province' In Kashmir, Names it 'Wilayah of Hind' 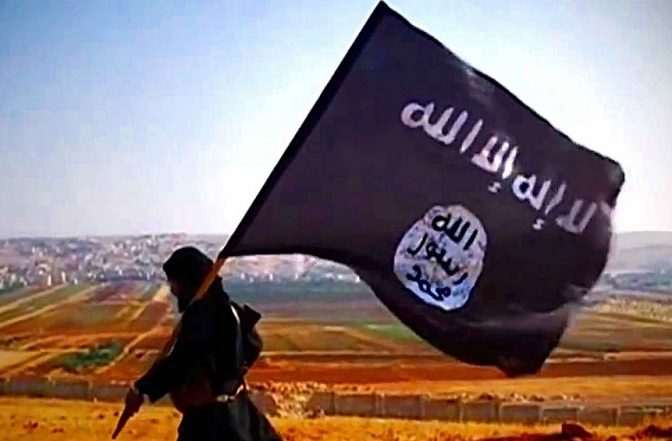 Srinagar, May 11: For the first time in history, the Islamic State has claimed that it has established a 'province' in India. The claim was made by the terror outfit after a clash between militants and security forces in the Kashmir region in which a militant was killed with alleged ties to the banned outfit.

Announcing the new province to be under their authority, as reported by IS's Amaq News Agency on Friday, the terror outfit had named the province as 'Wilayah of Hind'. As per to the statement, reported by The Hindu, IS even claims to casualties on Indian army soldiers in the town of Amshipora in the Shopian district of Kashmir. It corresponds with a police statement on Friday that a militant called Ishfaq Ahmad Sofi was killed in an encounter in Shopian. IS Chose Sri Lanka to Show They Exist, Says President Maithripala Sirisena.

Earlier, Islamic State had claimed responsibility for the Easter Sunday bombing in Sri Lanka that killed at least 253 people. Adding more on the expansion of IS, director of the SITE Intel Group that tracks Islamic extremists - Rita Katz - said, as the daily quotes, "The establishment of a 'province' in a region where it has nothing resembling actual governance is absurd, but it should not be written off."

Adding more, Katz said, "The world may roll its eyes at these developments, but to jihadists in these vulnerable regions, these are significant gestures to help lay the groundwork in rebuilding the map of the IS 'caliphate'."

Previously, Sofi - killed in military encounter in Shopian - was involved in several militant groups in Kashmir for more than a decade before pledging allegiance to Islamic State. Suspected as accused in several grenade attacks on security forces in the region, police sources said.