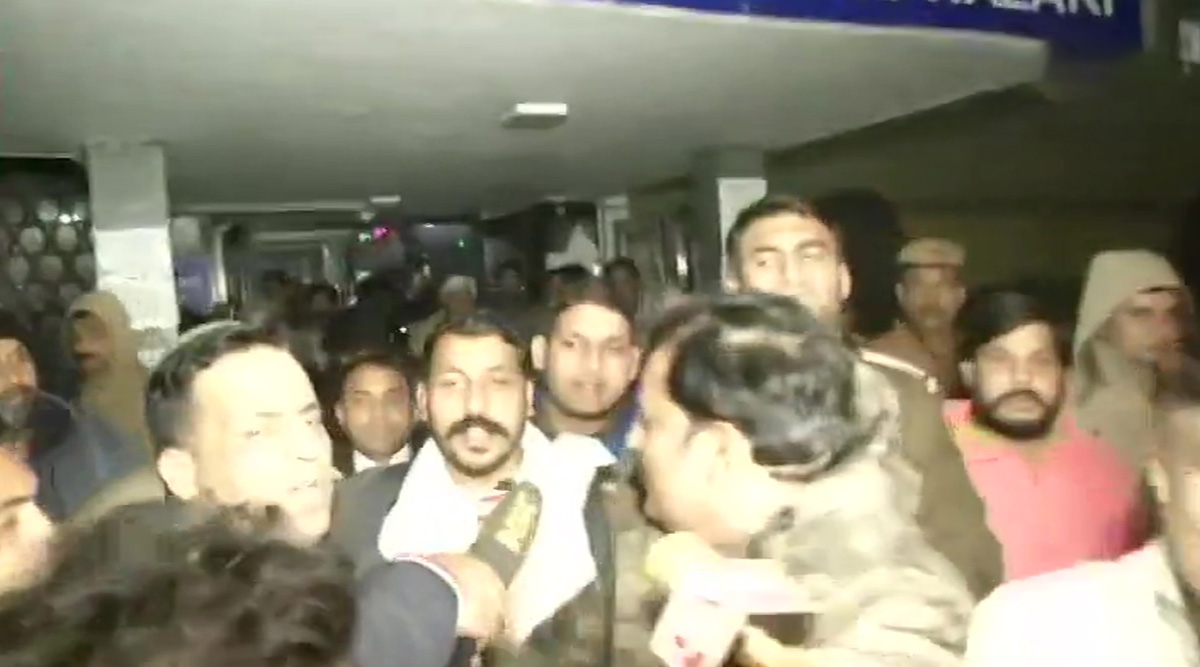 New Delhi, January 14: The Tis Hazari court on Tuesday pulled up the Delhi Police while hearing the bail plea of Bhim Army chief Chandrashekhar Azad. The Bhim Army Chief was arrested in connection with the violence in Old Delhi's Daryaganj during protests against the Citizenship Amendment Act (CAA) in December last year. The court asked the police what was wrong in protesting. The court also slammed the police for its opposition to protests at Jama Masjid. It said that the mosque is in India only. Jailed Chandrashekhar Azad Unwell, Needs Immediate Medical Care, Says Bhim Army.

“Jama Masjid is not in Pakistan. You are behaving as if it is in Pakistan. It is very much a part of this country,” reported CNN News18 quoting Additional Sessions Judge Kamini Lau as saying. Justice Lau further added that it was everybody’s constitutional right to protest. The judge also termed repeated use of Section 144 an “abuse”. The court listed the hearing for 2 pm on Wednesday. Bhim Army Chief Chandrashekhar Azad Escapes After Being Detained by Delhi Police For Leading Anti-CAA Protest at Jama Masjid.

Azad was taken to AIIMS on Monday for "follow-up consultation and treatment". He is suffering from polycythemia, a condition in which the body makes too many red blood cells. On January 9, a Delhi court had directed Tihar Jail authorities to provide treatment for polycythemia to Chandrashekhar Azad at All India Institute of Medical Sciences in the national capital. Bhim Army Chief Chandrashekhar Moves Delhi Court Seeking Medical Assistance.

In his plea to the court, Chandrashekhar Azad had said that he suffered from polycythemia and "requires continuous checkup from the doctors concerned from AIIMS, who are supervising his treatment for a long time." The Bhim Army chief was sent to judicial custody on December 21.