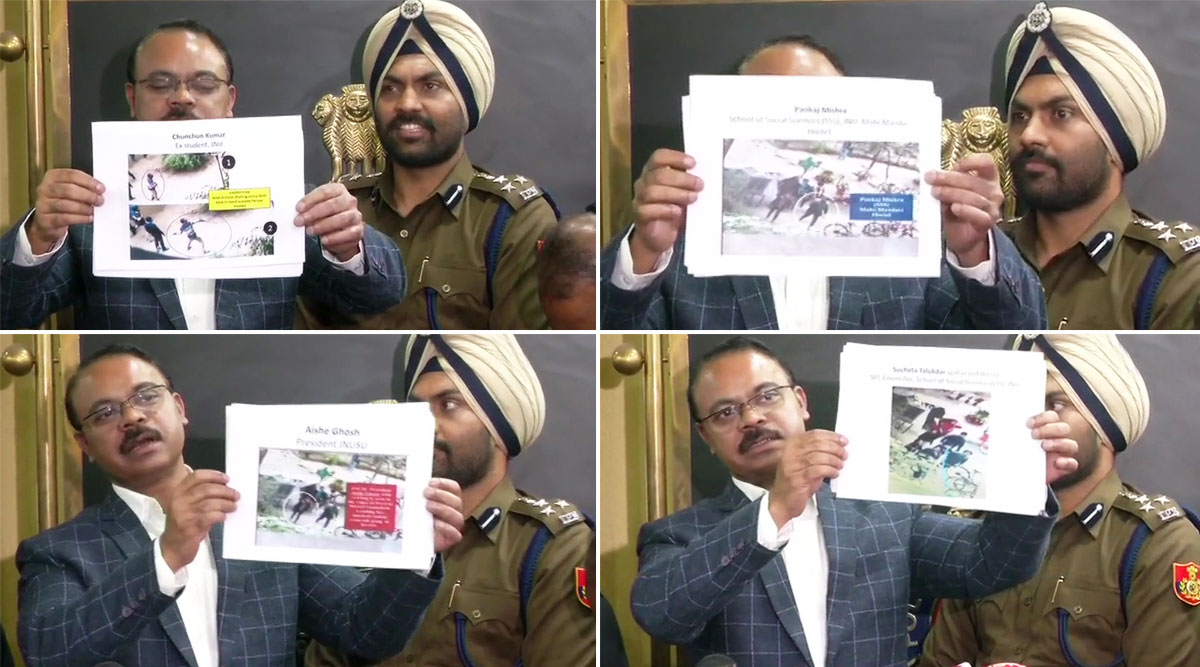 New Delhi, January 10: Delhi witnessed yet another politically charged day following developments in the JNU violence probe. In the afternoon, Delhi police held a press conference on the Jawaharlal Nehru University (JNU) violence case. The police named nine students, including JNU student union president Aishe Ghosh and two Akhil Bharatiya Vidyarthi Parishad (ABVP) members as suspects. Hours after Ghosh termed it as a “false narrative” created by the police, India Today released a video of the sting operation, in which two alleged ABVP members confessed that were part of the masked mob which attacked JNU students on January 5. Did Delhi Police Identify ABVP's Shiv Poojan Mandal as Vikas Patel in its Press Conference on JNU Violence? Here's What Netizens Are Saying.

The sting operation sent ripples across the political circles. The four-part sting operation by the news channel shows a student identifying himself as Akshat Awasthi. He claimed that he was behind the attack on Sabarmati hostel. Awasthi is a first-year student at the French department in the university. Another ABVP student, Rohit Shah, claimed that he was among the masked men who vandalised and attacked students on January 5. Shah told the media house that he is also a first-year student in the French department of JNU.

The new channel also spoke to Geeta Kumari, who identified herself as AISA activist, which is part of Left front students groups. Geeta Kumari claimed in the sting that she had plugged out cables from the server room on January 3. The fourth part shows a guard named GV Thapa alleging police inaction during the violence.

Meanwhile, earlier in the day,  Delhi Police PRO MS Randhawa and DCP Crime Branch, Joy Tirkey in the press conference tried to narrate the sequence of events that led to January 5 violence on the JNU campus. The Crime Branch DCP said that the investigation was based on some photographs and videos which became viral after the violence, as there is no CCTV footage available of the incident. However, no person has been detained so far.

The JNUSU president reacting to the Delhi police claims said, “We have not done anything wrong. We are not afraid, we will not budge. False narrative being created. No proof where I am seen attacking anyone. Delhi Police can do their inquiry. I also have evidence to show how I was attacked.” The Congress also raised questions on the probe conducted by the Delhi police. The grand old party alleged that it was clearly influenced by the government, the home minister and the ruling party, and demanded the removal of the city police chief and the university's vice-chancellor.

On the evening of January 5, around 50 masked men attacked the JNU students on the campus. Over 40 students, including Ghosh sustained injuries in the attack.