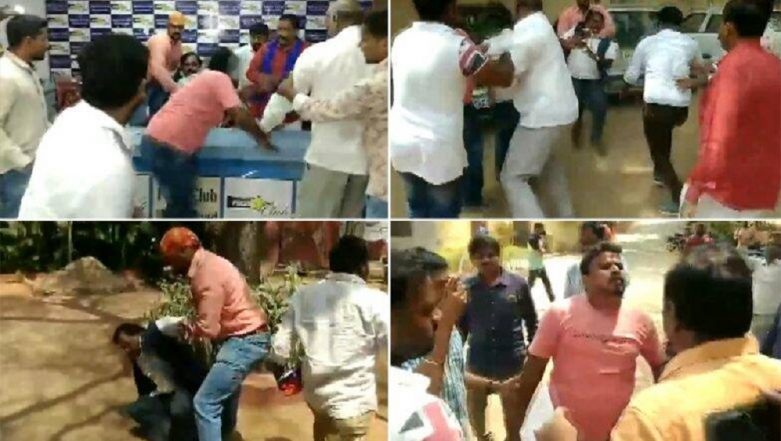 Hyderabad, May 22: Dalit activist Karne Srisailam, president of the National SC Reservation Parirakshana Samithi, was attacked during a press conference at the Hyderabad press club. Footage of the incident from Tuesday has gone viral. Srisailam is being seen brutally assaulted inside and outside the press club.

According to reports, the attack was carried out by Osmania University scholar P Alexander and his associates. The reason for the assault is said to be a rivalry between the two. Gujarat Shocker: Dalit Woman Refuses to Sit on Motorcycle, Stabbed to Death in Public

Watch Video of Karne Srisailam Being Attacked During Press Conference:

A police complaint has been registered by Srisailam against Alexander and his supporters following the attack. A cross-FIR was filed by the accused against Srisailam's aides, claiming that he was assaulted by them later. The Hyderabad police is currently probing the case.

"Mr Srisailam was speaking on the irregularities in gurukuls and social welfare residential schools in Telangana when he was allegedly thrashed by PhD student Alexander from Osmania University and his associates," according to Panjagutta police.

Srisailam, who heads the Dalit body on education, was addressing the press to highlight the alleged irregularities in Gurukul Pathshala -- the residential schools for SC/ST students in Telangana.