On the intervening night of May 24 and 25, the accused raped the girl before letting her go home, a police officer said. 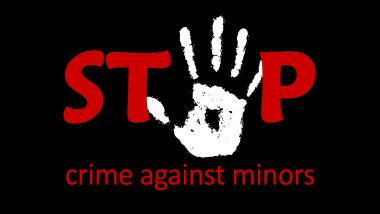 Mumbai, July 6: The Mumbai Police on Saturday arrested a 50-year-old man for allegedly raping a 16-year-old girl who resided in his neighbourhood. Police officials said that the alleged incident came to light when the girl became pregnant.

According to a report in the Indian Express, on May 24, when the accused moved to his new house, he asked the teenager to help him move. However, the man accused her of stealing some articles from his house. Who Is Dr Gurpreet Kaur? Punjab CM Bhagwant Mann Set To Marry on July 7 in Chandigarh; Check Details.

On the intervening night of May 24 and 25, the accused raped the girl before letting her go home, a police officer said.

While the girl did not inform anyone about the incident, the truth came out when her health worsened last week and a doctor who came to check her said that she was pregnant.

Post this, the girl revealed her ordeal to her family. On Saturday, the family approached the police and filed an FIR following which the police arrested the accused.

Later, the accused was produced before a local court and remanded in police custody.

(The above story first appeared on LatestLY on Jul 06, 2022 04:59 PM IST. For more news and updates on politics, world, sports, entertainment and lifestyle, log on to our website latestly.com).