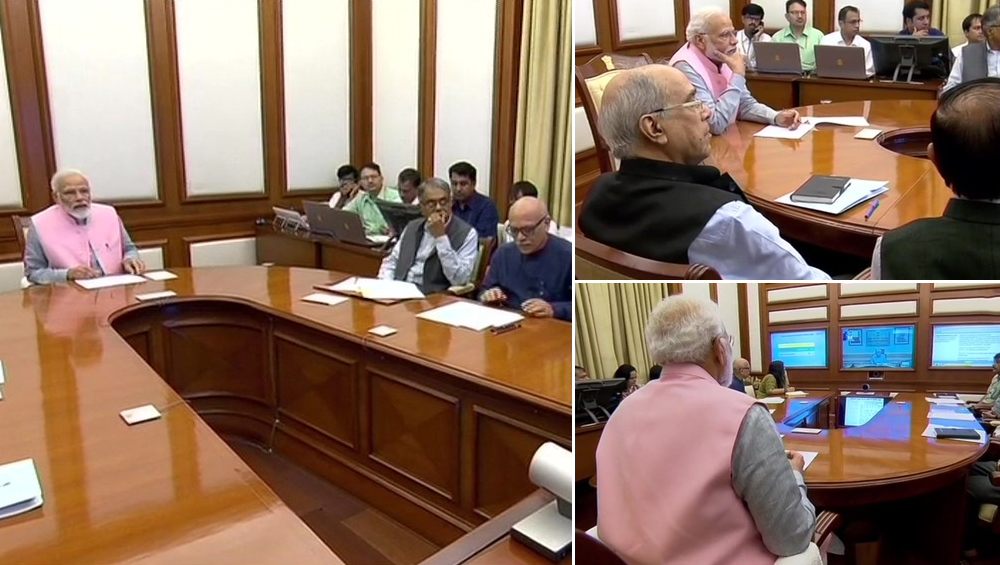 Bureaucrats representing the governments of Odisha, Telangana, Maharashtra, Jharkhand, Bihar, Karnataka, Andhra Pradesh, Kerala and Uttar Pradesh, along with senior officials of Railways, Road and Transport Ministries joined the meeting. Nine projects worth a total value of Rs 24,000 crore were discussed in the hour-long interaction between the Prime Minister and the officials. Stubble Burning Was Major Issue Discussed in 31st PRAGATI Meeting.

Modi also reviewed the progress under Crime and Criminal Tracking Network and Systems (CCTNS) project - a project headed by the Centre to ensure effective penetration of policies through e-governance.

The Prime Minister, in the 31 PRAGATI meetings held so far, reviewed a total of 269 projects which drew a cumulative investment of Rs 12.30 lakh crores. The interactive sessions have also been used by Modi to monitor the grievance redressal related to 47 programmes of the governments, spread across 17 sectors.