Onions Imported From Egyptian Market Rot at JNPT in Mumbai, Over 7000 Tonnes of Red Bulbs Await Clearance From Shipping Companies 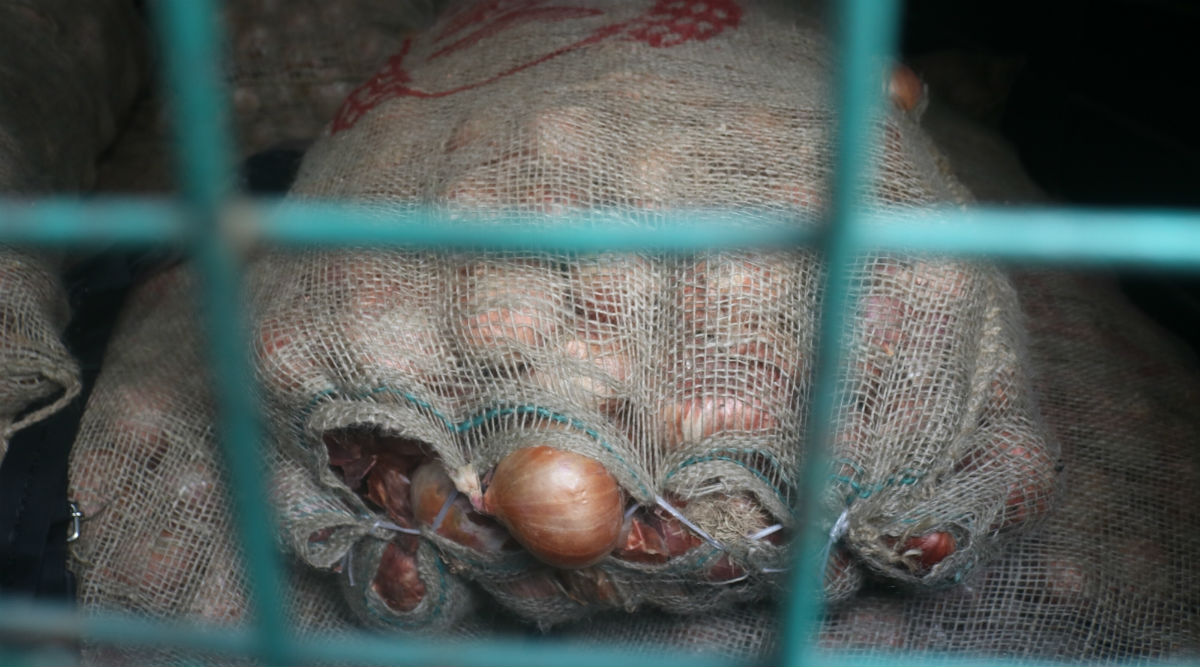 Mumbai, January 27: Weeks after the prices of consumable bulbs received a hit, reports arrived that container freight stations (CFSs) at Jawaharlal Nehru Port Trust in Mumbai port have begun to stink. Sources say that over 250 refrigerated containers with about 7,000 tonnes of imported onions are rotting, after remaining idle for almost a month now.

According to a report, published in the Hindu BusinessLine, the importers of the onions are in no hurry to clear the consignment, citing reasons that the price of these bulbs are way less than what they would receive in local market. Currently, the bulbs are being sold at Rs 23 per kilogram in local market and the importers have bought them at Rs 45 per kilogram a month ago. The importers are now seeking a waive of charges from the shipping companies to cover their loss. Onion Prices Shoot Up to Rs 140 Per Kg in Delhi-NCR, 790 Tonnes Imported Onions Reach India.

With the prices of onion reaching almost Rs 200 per kilogram in October, 2019, importer had placed their orders in the Egyptian market, whose supply reached till December 2019. Following this, the rate of consumable bulbs in the market declined. Experts opine that the prices of onions rose due to the excess monsoon in Maharashtra’s Nashik region and crop failure.

However, warehouse where goods are stored before being shipped to multiple customers -- commonly called CFS -- at JNPT continued to keep the onions stocks idle for weeks. This resulted in rotting of the imported goods, which had become very dearer topic of discussion in the third quarter of FY 2019-20.