In a yet another significant push towards Mission Aatmanirbhar Bharat, benefits related to 80% reduced fee for patent filing & prosecution have been extended to Educational institutions as well. Centre has notified the amendments to the Patents Rules in this regard 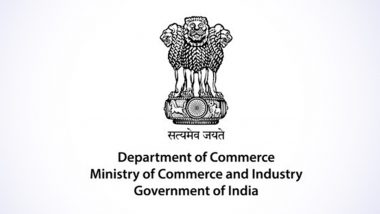 In a yet another significant push towards Mission Aatmanirbhar Bharat,  benefits related to 80% reduced fee for patent filing & prosecution have been extended to Educational institutions as well. Centre has notified the amendments to the Patents Rules in this regard.

Recognizing the importance of nurturing innovation and creativity in a knowledge economy, India is taking great strides in strengthening its intellectual property ecosystem in recent years. In order to create a conducive environment for innovation, Department for Promotion of Industry and Internal Trade has been working towards promoting greater collaboration between industry and academia. This can be achieved by facilitating commercialization of research undertaken in educational institutions. Vice President M Venkaiah Naidu Says The Aim of South India to Become a $1.5 Trillion Economy by 2025 is Achievable.

These institutions engage in many research activities, where professors/teachers and students generate several new technologies which need to be patented for facilitating commercialization of the same. High patenting fees present a restrictive element for getting these technologies patented and thus work as a disincentive for development of new technologies.

At the time of applying for patents, the innovators have to apply these patents in the name of the institutions which have to pay fees for large applicants, which are very high and thus work as a disincentive. In this regard and to encourage greater participation of the educations institutions, who play a pivotal role in country’s innovation, official fees payable by them in respect of various acts under the Patents Rules, 2003, have been reduced by way of the Patents (Amendment) Rules, 2021, which came into effect on 21st September, 2021.

Moreover, Patents Rules have been amended in 2016, 2017, 2019 and 2020 to achieve the objective of removing procedural inconsistencies and unnecessary steps in processing of applications thereby speedup grant/registration and final disposal. By amending the Rules, the procedures are made more compact, time-bound, user- friendly and compatible for e-transactions. In this regard, following initiatives have been taken by the Department:

i. Augmentation of manpower by recruiting new examiners.

iii. Hearing of cases in Patents through Video-Conferencing for speedy and contact-less  proceedings.

vi. Scheme for Facilitating Startups Intellectual Property Protection (SIPP) has been launched  to provide facilitators to Startups for filing and processing of their applications.  Professional charges of such facilitators are reimbursed as per provisions under the SIPP  scheme.

vii. The mechanism to lodge feedback/suggestions/complaints in respect of issues related to  functioning of the IP offices has been set up in IPO website for the benefit of stakeholders.  A team acts promptly on stakeholders’ suggestions/grievances and communicate  appropriate response through e- mail.

viii. DPIIT through Cell for IPR Promotion and Management (CIPAM) and in collaboration  with the office of CGPDTM is regularly engaged in dissemination of information and  knowledge to IP stakeholders by way of participation in awareness activities in IPR,  conducted for schools, universities, industries, legal and enforcement agencies and other  stakeholders in collaboration with industry Associations in the country

As a result of these efforts, the time taken for examination of patents have come down from average 72 months in 2015 to 12-30 months at present, depending upon technology fields. Further, it is expected that the time for final disposal of patent applications, which has reduced to average 48 months at present from few years earlier, will be reduced to average 24-30 months from filing by end of 2021.Further, an Expedited Examination System has been introduced wherein an application for grant of patent is being decided within one year of filing such request under Expedited Examination as compared to the period of few years required in case of normal examination route.

The fastest granted patent is the one which was granted in 41 days after filing of such request. This facility of Expedited Examination system was initially provided for patent applications filed by Startups. It has been now extended to 8 more categories of Patent Applicants w.e.f. 17-09-2019 by making necessary amendments in the Patents Rules. These new categories include SME, Female applicants, Government Departments, Institutions established by a Central, Provincial or State Act, which is owned or controlled by the Government, Government Company, an Institution wholly or substantially financed by the Government and applicants under Patents Prosecution Highway. With regard to Initiatives for Startup India program, 80% fee concession has been provided for Patent applications filed by Startups.

(The above story first appeared on LatestLY on Sep 23, 2021 02:04 PM IST. For more news and updates on politics, world, sports, entertainment and lifestyle, log on to our website latestly.com).