Latest numbers from Satta markets predicted that the BJP may get a clear majority in the Rajasthan assembly elections. 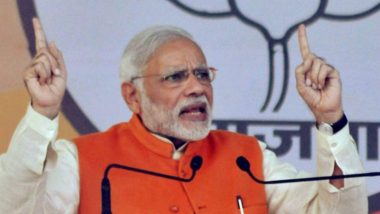 Jaipur, December 7: Satta Bazars that had been predicting a Congress win in Rajasthan assembly elections 2018 have now projected the Bharatiya Janata Party as the leading party in the polls. In the final leg of campaigning, Prime Minister Narendra Modi intensified his attacks on the Congress at several rallies that may have turned the tides. Latest numbers from Satta markets predicted that the BJP may get a clear majority in the Rajasthan polls, even as polling was underway in 199 out of 200 assembly seats in the state.

According to Kolkata Satta Bazar, BJP may win 112-114 seats, and Congress 57-59 seats. Matka in Mumbai had earlier predicted 128 to 130 seats for Congress in the 200-seat house. Similarly, the Jaipur Satta market had said the Congress is likely to win 132 to 138 seats. The BJP may bag not more than 52 seats in the elections, Matka Bazar had predicted. The final results of assembly elections in Rajasthan will be declared on December 11.

In Rajasthan, the BJP is fighting anti-incumbency to retain power, while the Congress left no stone unturned to make a comeback in the state. Notably, Rajasthan has not voted the same party to power for more than one term in the last 20 years.

(The above story first appeared on LatestLY on Dec 07, 2018 11:56 AM IST. For more news and updates on politics, world, sports, entertainment and lifestyle, log on to our website latestly.com).