According to reports, the Madurai city Police is investigating the reason behind the woman’s death, who died just four months of her marriage. The revenue divisional officer is also involved in the inquiry as the death happened within a few months after the marriage. 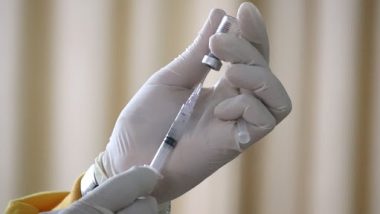 Madurai, March 14: A postgraduate medical student in Tamil Nadu’s Madurai died hours after her husband gave her an injection after she complained of body ache and fever. Reports inform that the woman’s husband is also pursuing his postgraduation in the same college as her. According to a report by TOI, the Madurai city Police are investigating the woman’s death, who died just four months after her marriage. The revenue divisional officer is also involved in the inquiry as the death happened within a few months after the marriage. Tamil Nadu Shocker: 74-Year-Old Left 'to Die' in Freezer Box by Family, Rescued Alive After 24 Hours.

The woman, identified as 26-year-old Harini, was pursuing her postgraduation in anesthesia at the Madurai Medical College. In November 2020, she got married to P Ashok Vignesh from Mela Anupanadi. Around March 5, the woman developed health problems and complained of fever and body pain. As per details by Police, Vignesh treated her at his house and gave her an injection for the body pain, following which she vomited and fainted.

Soon after, the woman was taken to a private hospital near Kamarajar Salai by her husband and his family members. As the woman didn’t respond well to the treatment there, she was later shifted to another private hospital at Mattuthavani where she died on Saturday.

The father of the deceased lodged a complaint following which a case was registered with the Avaniyapuram police station under the IPC section (174) - suspicious death and an inquiry was carried out. The woman’s dead body was shifted to the Government Rajaji Hospital for an autopsy. According to details by Police, they did not find any foul play during the course of initial investigation into the matter.

(The above story first appeared on LatestLY on Mar 14, 2021 04:59 PM IST. For more news and updates on politics, world, sports, entertainment and lifestyle, log on to our website latestly.com).