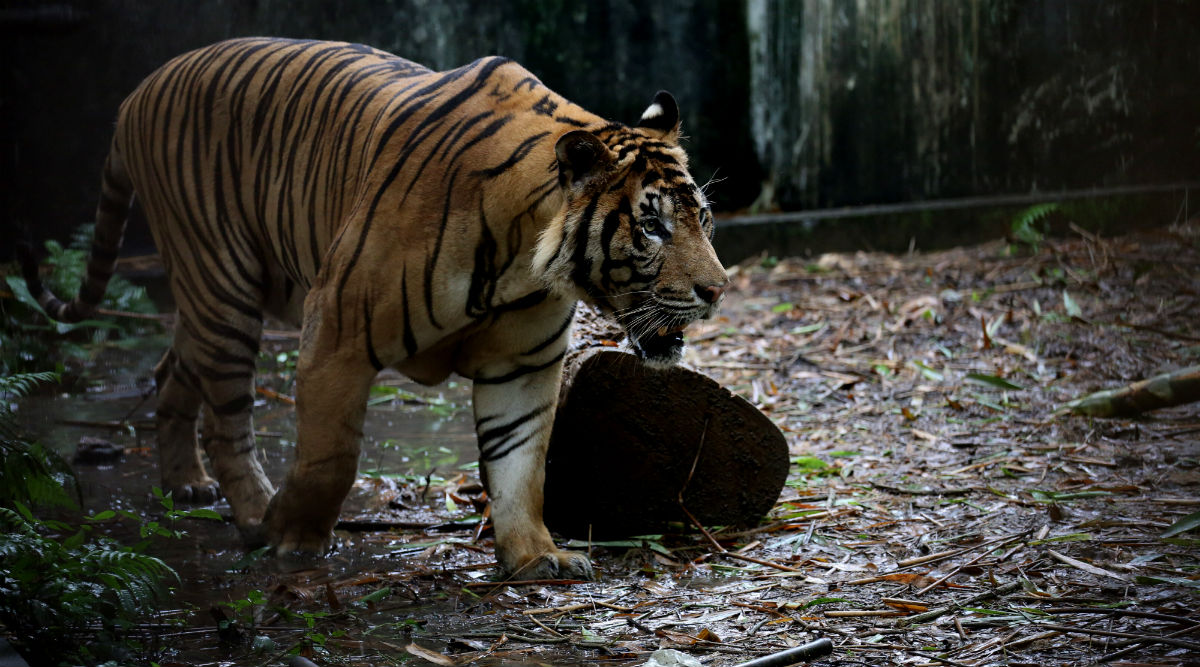 Daltonganj, February 17: A violent confrontation between a herd of bison and a tigress ended with the latter's death at the Betla National Park under Palamu Tiger Reserve in Jharkhand. While the fight is believed to be taken place on Saturday, tigress's carcass was noticed by a patrolling team on Sunday. Following tigress's death, the Betla National Park was shut for tourists, Times of India reported on Monday. Tiger Storms Into Closure of Tigress in Udaipur, Kills Her 'For Not Being Receptive of Sexual Approaches' - Watch Video.

According to ranger Prem Prasad, a herd of bison killed the tigress and her carcass was found on road number 2 in Betla. Officials told TOI that the tigress was old and this could have been a reason that she died fighting with bison. The site where her carcass was found had numerous pug marks of both the big cat and bison which suggests that a fierce fight had taken place between them. Tiger Mauls Two People, 14 Cattle in Bandipur National Park.

"The tigress, which was 8.6-feet long, had a three inch-deep wound in her stomach which indicates a bison attack. Her claws and teeth were also worn out, probably due to old age," DS Srivastava, a tiger expert and Secretary of Nature Conservation Society, was quoted as saying. The big cat was cremated after an autopsy.

According to the All India Tiger Estimation (AITE) 2018 report released last year, there are no tigers in the Palamu Tiger Reserve which is spanned over 1129.93 square km. The presence of three tigresses, however, was captured in camera traps last year.