Unlock 3: Assam Allows Opening of Malls, Gyms Till August 14, Inter-District Movement Allowed on Monday And Tuesday; Know What Will Remain Open And Shut

The Assam government on Sunday announced a slew of relaxations in its fresh guidelines that in line with the Centre's Unlock 3 guidelines. 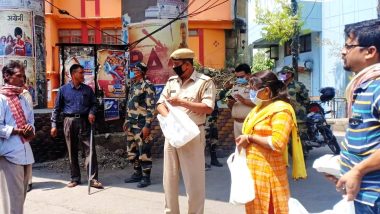 Guwahati, August 2: The Assam government on Sunday announced a slew of relaxations in its fresh guidelines that will come into effect from 7 pm today and will remain valid till 7 pm on August 14. A number of activities, including the opening of malls and gyms, have been allowed till August 4. While the inter-district movement is allowed on Monday and Tuesday, the movement of individuals remains prohibited between 6 pm to 6 am daily. Unlock 3: Gyms to Open From August 5, Night Curfew Removed, No Date Yet For Opening of Theatres, Metro, Schools; Know What Will Remain Open And Shut.

"Malls and Gymnasiums are allowed to operate between Monday and Friday on the same side of the street on which other shops are allowed in Kamrup Metropolitan District and both sides in case of all other districts," said the guidelines. Total lockdown on weekends will continue to remain in force for now. Restaurants and hospitality services are allowed to open except on Saturday and Sunday, subject to certain conditions. Assam Govt Keen to Reopen Educational Institutions From September 1, Final Decision to be Taken by Centre, Says Himanta Biswa Sarma.

Non-contact sports in open space such as golf is allowed across Assam. The fresh guidelines and relaxations have been announced taking into consideration of the Unlock 3 guidelines issued by the Centre on July 29, said the Assam government. All central and state government offices, including banks, insurance companies and Non-Banking Financial Companies, shall be allowed to operate with hundred per cent attendance, and point-to-point bus service will be available for the employees. Pregnant women have been told not to attend office.

(The above story first appeared on LatestLY on Aug 02, 2020 04:15 PM IST. For more news and updates on politics, world, sports, entertainment and lifestyle, log on to our website latestly.com).