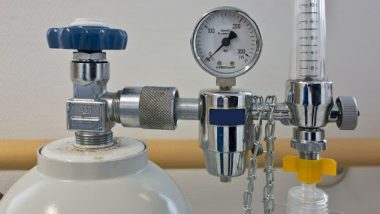 Giving details about the incident, the HT report quoted Ramesh Gupta, chief pharmacist at the healthcare facility, saying that a person named Ankit Singh, a resident of Kharauni village in Ballia, was admitted to the district hospital on September 12. He informed that a pharmacist and a ward boy were on duty and Singh received proper treatment. The next day, i.e on September 13, when Ankit's health condition deteriorated, he was referred to a hospital in Varanasi. UP Shocker: 6 Members of Family in Kannauj District Eat ‘Ganja Sabzi' Thinking It's Methi, Hospitalised.

(The above story first appeared on LatestLY on Sep 15, 2020 12:46 PM IST. For more news and updates on politics, world, sports, entertainment and lifestyle, log on to our website latestly.com).