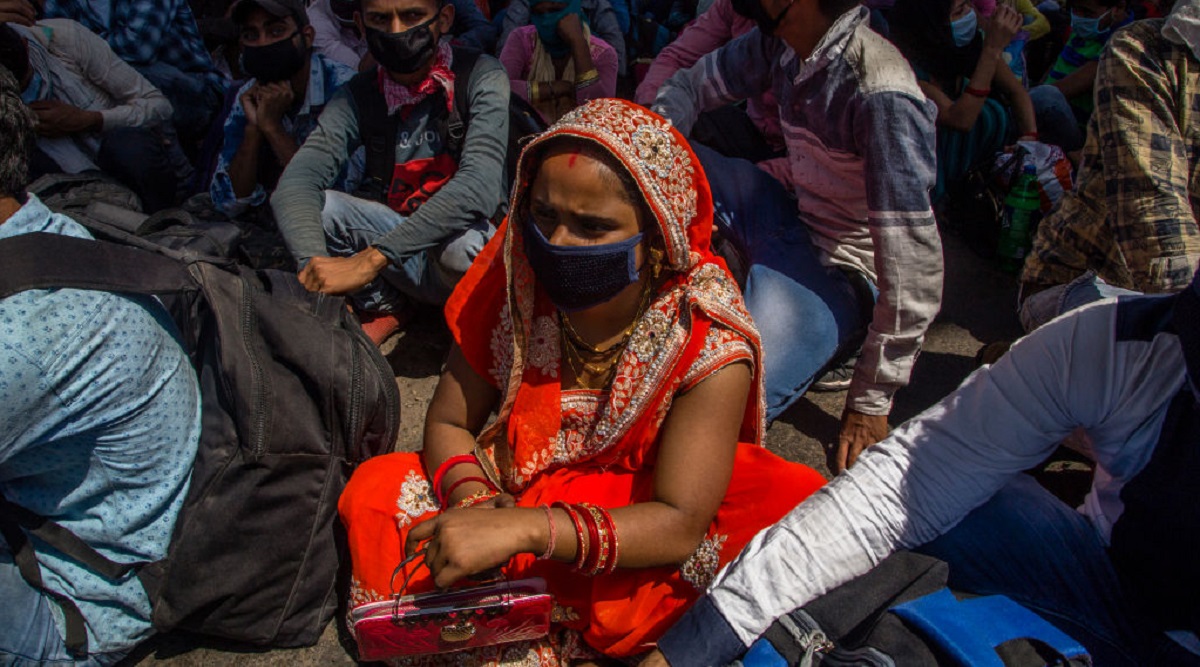 Lucknow, April 8: The Uttar Pradesh government on Wednesday announced that wearing of masks will be compulsory across the state to curb the spread of coronavirus. The announcement was made by Additional Chief Secretary (Home) Awanish Awasthi during the press briefing. The Union Health Ministry had earlier issued a guideline, asking the people to wear home-made face covers or masks if the N95 masks are unavailable. COVID-19 Live Tracker: Check The Spread of Coronavirus in All Parts of India.

"Wearing of masks have been made compulsory in the state. There can be legal action also for not wearing masks," Awinash Awasthi said. Earlier, UP Chief Chief Secretary RK Tiwari announced a complete shutdown of 15 districts in the state, including Lucknow and Noida, till at least April 14. BMC Makes Wearing Mask Mandatory in Mumbai Amid Coronavirus Spread, Warns Strict Action Against Violators.

During the shutdown period, all shops and establishments would remain sealed. Only medical stores will remain open and essential supplies would supplied to home directly, the officials said.

"15 districts - including Noida, Ghaziabad, Meerut, Lucknow, Agra, Shamli, Saharanpur - which have viral load of COVID19, to be sealed. Only home delivery and medical teams will be allowed there. It's being done to prevent community spread, as numbers are high," said RK Tiwari, chief secretary of the state.

The districts which have come under a more stringent version of the lockdown have reported "coronavirus hotspots", Tiwari said. "There are 22 hotspots in Agra, 13 in Ghaziabad, 12 in Gautam Budh Nagar, 12 in Kanpur, 4 in Varanasi, 3 in Shamli, 7 in Meerut, 1 in Bareilly, 3 in Bulandshahr, 3 in Basti, 3 in Firozabad, 4 in Saharanpur, 4 in Maharajganj, 1 in Sitapur and 8 big and 4 small in Lucknow," he added.

Wearing of masks has been made compulsory in the state. There can be legal action also for not wearing masks: Additional Chief Secretary (Home) Awanish Awasthi #COVID19 pic.twitter.com/GeF5C2km2G

Uttar Pradesh has so far confirmed over 350 COVID-19 cases, with at least 187 of them being linked to the Tablighi Jamaat event held in Delhi's Nizamuddin area in mid-March. The state has reported three deaths so far, whereas, 26 patients have recovered. Nationwide, the toll of infections crossed the 5,000-mark, whereas, the death count reached 149.