Odisha MLA Angada Kanhar on Wednesday cleared the Class 10 board exam at the age of 58 years. 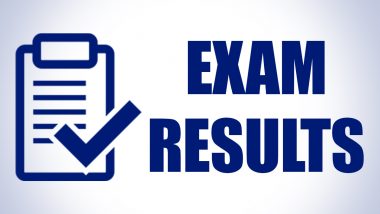 Bhubaneswar, July 6:  Odisha MLA Angada Kanhar on Wednesday cleared the Class 10 board exam at the age of 58 years.

Kanhar, a BJD MLA from Phulbani constituency, has passed the State Open School Certificate Examination with B1 grade, securing 364 out of 500 marks. He had appeared at the exam at A.J.O. High School at Phulbani in Kandhamal district. Om Prakash Chautala, Former Haryana Chief Minister Passes Class 10th and 12th Exams At 87

As per his scorecard, the MLA has got the highest (84) marks in Sanskrit, and the lowest (57) in English. He got 78 marks in both mathematics and social science, and 67 in science. The maximum mark for each subject is 100.

Odisha's Board of Secondary Education on Wednesday announced the results of matriculation offline examinations, which was conducted on offline mode this year.

A total of 1,170 schools have registered cent per cent results while three schools - two in Malkangiri district and one in Angul - recorded zero results. While there was one student each in the two schools in Malkangiri, Angul school had two students, the minister said.

(The above story first appeared on LatestLY on Jul 06, 2022 07:10 PM IST. For more news and updates on politics, world, sports, entertainment and lifestyle, log on to our website latestly.com).