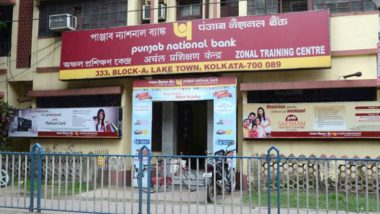 Sheth's lawyer Vijay Aggarwal argued during the case hearing on Monday that the Central Bureau of Investigation (CBI) was trying to "fire from the shoulder of the judge". Mehul Choksi, Wanted in PNB Fraud Case, Allowed To Go Back to Antigua for Treatment After Bail From Dominica HC

He said that in this matter a supplementary charge sheet was filed by the CBI, summons were issued by the court and cognizance was taken on June 15 this year.

He argued that summons were also issued by the court to Sheth, managing director of Nakshatra Brands Ltd. and pursuant to such summons he appeared and filed bail application before the court.

Aggarwal vehemently argued that the investigation was completed in the present case and a charge sheet has been filed without the arrest of the accused person, which depicts that there was no need for custodial interrogation of Sheth.

Aggarwal also brought light to the fact that a company cannot be represented till an application under section 305 CrPc is not filed.

He emphasised that 'it has been three years since the accused persons have not been arrested, and now the CBI is trying to fire from the shoulder of the judge'.

Aggarwal said that the judge granted bail to the accused person on a surety of Rs one lakh.

This comes forth as another relief to the accused as Nitin Prem Shahi, Assistant Finance executive of Gitanjali Gems Ltd and Aniyath Shivraman Nair, AGM Gitanjali Jewels were also accused of being actively involved along with the main accused in getting LOU's issued from PNB without having sanctions. They were granted bail in 2018, while Choksi continues to be in custody in Dominica.

Last month, the CBI, in its supplementary charge sheet in the PNB scam, charged Choksi with criminal conspiracy, destruction of evidence and cheating.

Choksi is currently in the custody of the Dominican Police on charges of illegal entry into the Caribbean nation. He was granted bail by Dominica HC on Monday on medical grounds.

The CBI charge sheet also revealed that Choksi had told his associates that they might get into trouble with the Enforcement Directorate (ED).

This was two months before he fled India in January 2018, months before a case was registered against him and his nephew Nirav Modi.

It further stated that Choksi conspired with employees of the PNB for the issuance of 165 LoUs (Letters of Undertaking) and not 142 LoUs as alleged by the bank in its complaint, says the charge sheet.

The CBI charge sheet claimed that none of these LoUs were ever entered into the bank's core system since bank employees were bribed by Choksi and his associates.

The CBI also found that 347 FLCs (foreign letters of credit) were issued to overseas banks on behalf of Mehul Choksi's firms between 2014 and 2016.

(The above story first appeared on LatestLY on Jul 13, 2021 04:38 PM IST. For more news and updates on politics, world, sports, entertainment and lifestyle, log on to our website latestly.com).