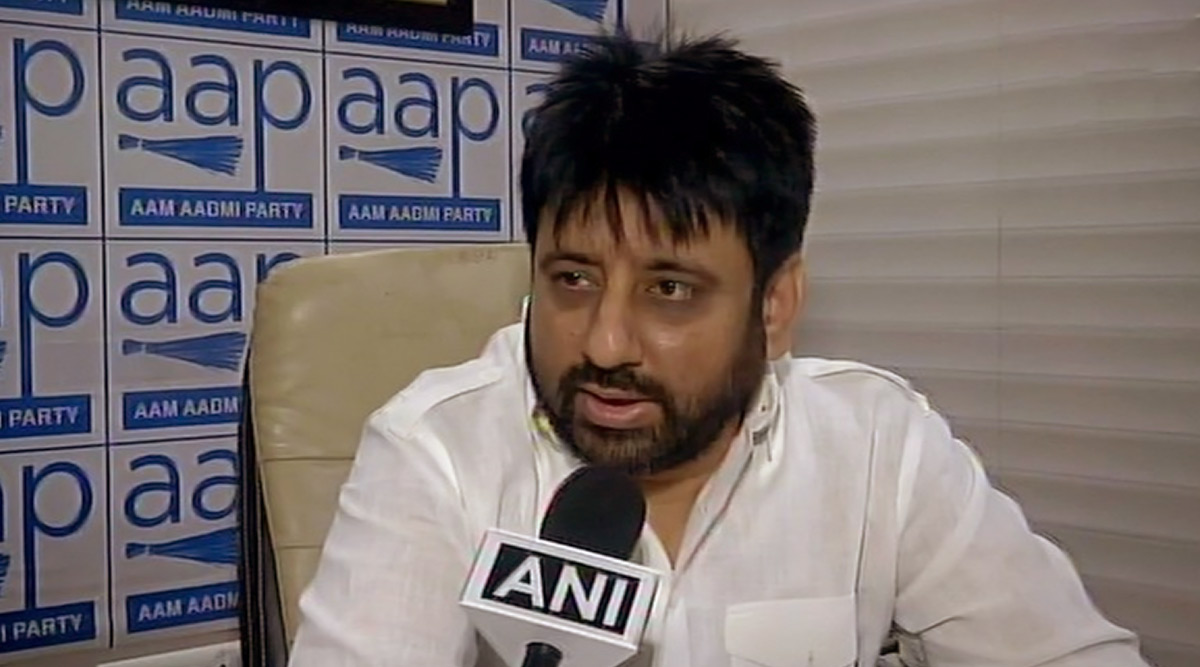 New Delhi, February 13: Family members of Aam Aadmi Party (AAP) leader Amanatullah Khan, who contested from the Okhla Lok Sabha constituency have alleged that they were beaten up while they were celebrating his victory at his home in Agwanpur village of Meerut. Khan defeated BJP's Brahm Singh by 71,827 votes in the Delhi Assembly Elections 2020.

According to a Hindustan Times report, in order to disperse Khan's relatives from celebrating on Tuesday evening, police resorted to lathi-charge. Khan's family members have accused that the male cops allegedly misbehaved with young girls, pulled the hair of one and forced her to walk through the streets of the village to help them in finding the MLA’s relatives, who fled from the spot after the lathi charge. AAP MLA Amanatullah Khan Booked by Delhi Police Anti-Corruption Branch Over Misuse of Waqf Board Funds Ahead of Delhi Assembly Elections 2020.

Noorullah, a relative of the AAP MLA, was named as the main accused and a case of violation of Section 144 was registered against 13 named and other unidentified villagers. Police, on the other hand, refuted all the allegations levelled against them and said, "They are concocting stories to build false accusations against the police.”

Just ahead of the Delhi Assembly elections 2020, Khan was booked by the anti-corruption branch (ACB) of Delhi police over misuse of funds allotted to Waqf Board. He was accused of misusing funds and doing irregular recruitment.