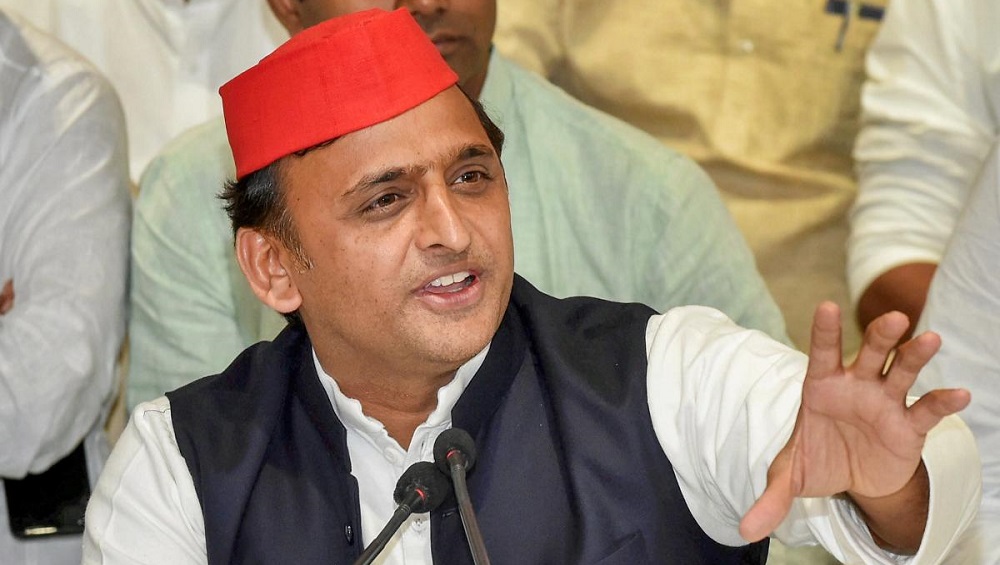 Lucknow, March 26: SP president Akhilesh Yadav on Thursday urged the Uttar Pradesh government to give away packets of groceries and other essentials to the poor hit by 21-day nationwide lockdown on lines of the "Samajwadi relief package" distribution by his government to the people in drought-hit Bundelkhand region. The former chief minister said the Adityanath government should distribute the "Samajwadi relief packets" by giving them whatever names they wish.

"In our government, Samajwadi relief packets were distributed in Bundelkhand region. The government should direct district magistrates to distribute them on war footing to hungry and thirsty people suffering due to the lockdown. The rules for the same were framed in his regime," said Yadav. Akhilesh Yadav Claims Receiving Threat Call and Message from BJP Leader After Man Shouts 'Jai Shri Ram' Slogans at an Event.

Recalling that his government had got distributed drought relief packets named 'Samajwadi relief package' to 2.3 lakh families in Bundelkhand, the Samajwadi Party chief said the government is free to change the name of these packets as per their wish.

The Samajwadi relief packages comprised 10 kg flour, 5 kg rice, 5 kg pulse, 25 kg potatoes, 5 litre mustard oil, 1 kg desi ghee and 1 kg milk powder. Stating that the government should not waste time in holding "review meetings", Yadav said, "Crores of poor, labourers are on roads without food and water without any means of security from pandemic. Arrangements should be made for their housing, food and tests for corona infection."

He also demanded setting up of temporary shelters for those trudging back to their homes in various villages of Uttar Pradesh from various towns and cities in and outside the state after the imposition of 21-day lockdown since March 24-25 midnight.

In a tweet in Hindi, the former Uttar Pradesh chief minister said, "In this difficult times, the government should make arrangements to immediately transfer funds to the bank accounts of all Jan Dhan account holders in the country."

"At the same time, rain-baseras (night shelters) should be set up for those wandering on the roads for their food, water and medicines, while maintaining a safe distance."

Meanwhile, the Samajwadi Party, in a statement said that on the party chief's directives, its workers have started distributing relief material to people affected by the lockdown.

"Following the safe distancing norms and taking precautions, party workers have started providing relief to the people who are coming to the state by foot. The party had directed all party office bearers and workers to ensure all possible help to the poor and run a campaign for the same," a party release said. "Being a responsible political party, SP is fulfilling its social responsibility," it added.