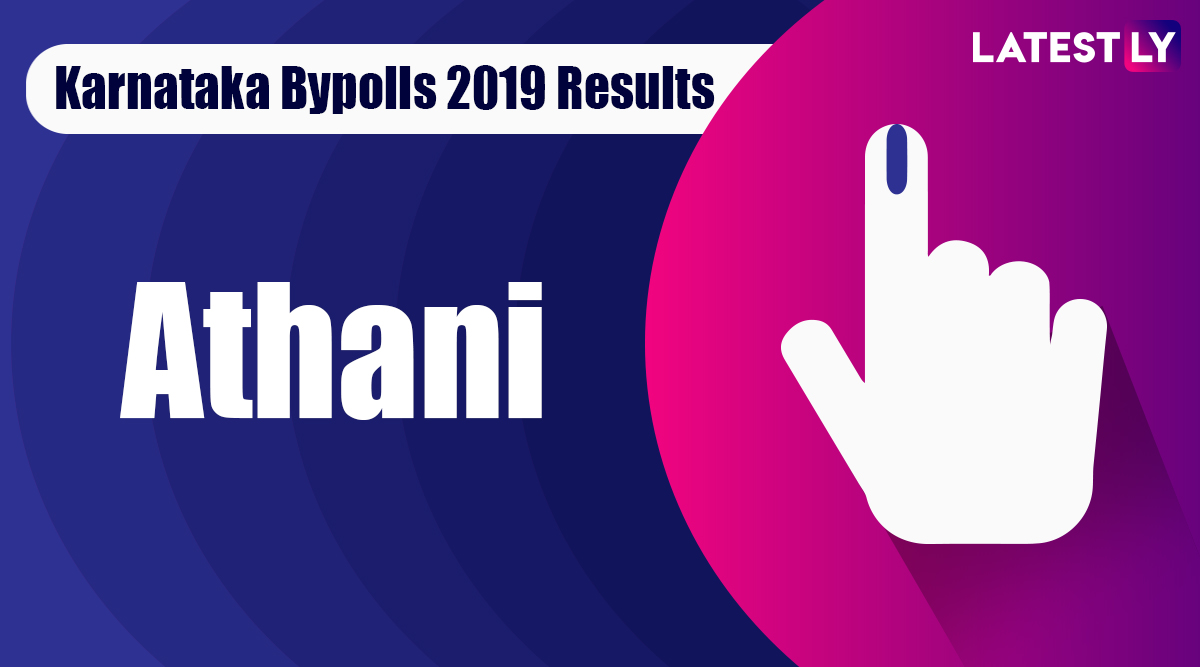 Bengaluru, December 9: The result of the by-election held in Athani assembly seat of Karnataka will be declared today. Athani and 14 other assembly seats went for by-elections on December 5. Counting of votes will begin at 8 am and you can catch live updates on the Athani bypoll result here. The electoral contest is between Mahesh Kumathalli of the Bharatiya Janata Party (BJP) and Congress's GB Mangasuli. Janata Dal (Secular) candidate Gurappa Dasyal withdrew his nomination after going missing for a few days. BJP's Kumathalli was leading in the initial trends. Karnataka Bypolls 2019 Exit Polls Results: BJP to Maintain Majority Status in Assembly With Victory in 8-12 Seats, Predicts Surveys.

The Athani assembly seat went for a by-election following the disqualification of Mahesh Kumathalli who quit the Congress and joined the BJP. Kumathalli and other 13 Congress MLAs and three JD(S) MLAs had resigned which led to the fall of the Congress-JD-S alliance government in Karnataka. Subsequently, the BJP was able to prove the majority with 105 MLAs and one Independent. After the by-polls, in the 223-member assembly, the BJP will require the halfway mark of 112 for a simple majority, which is 7 more than 105 it has. Karnataka By-Elections 2019: Why Bypolls to 15 Seats Matter For BJP.

Of the 17 vacant seats, by-elections were held in 15 constituencies. Bypolls in two seats - Muski and RR Nagar - were not held due to litigation in the Karnataka High Court on their results in the May 2018 assembly elections. The seats fell vacant after the resignation of 14 Congress and three JD-S MLAs. The BJP and the Congress contested in all the 15 Assembly seats, while the JD-S in 12 seats.