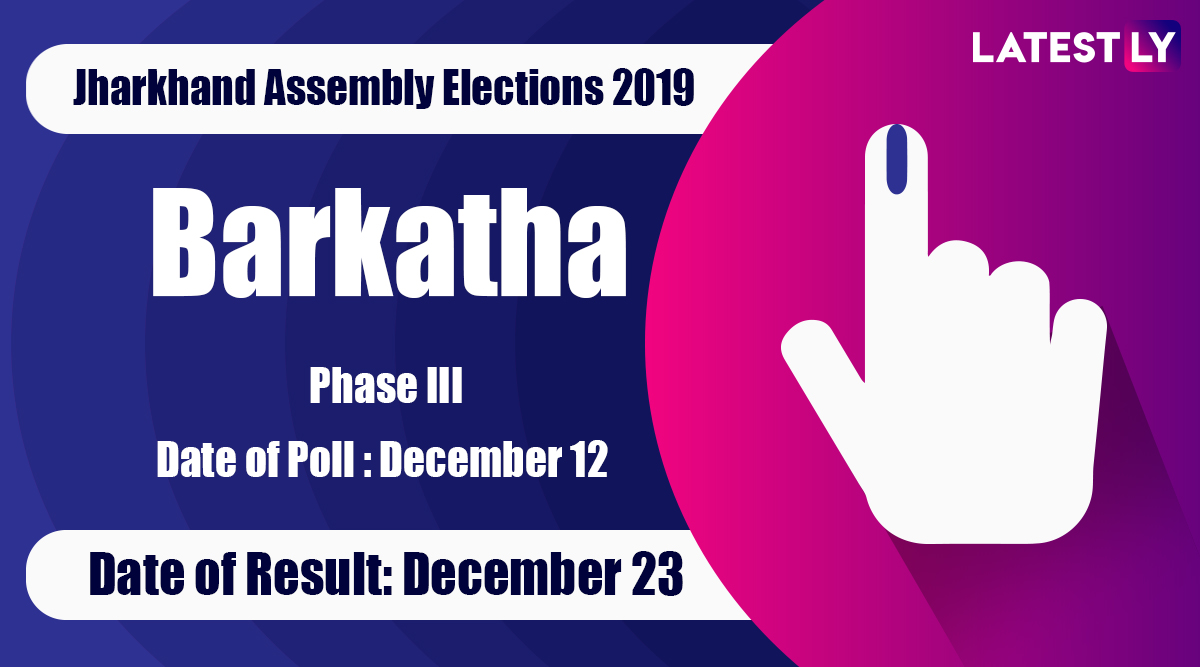 Ranchi, December 11: The constituency of Barkatha goes to poll on December 12 in the third phase of polling in Jharkhand. Barkatha is located in the Hazaribagh district of Jharkhand and is part of the Kodarma Lok Sabha constituency. The seat is currently represented by Janki Prasad Yadav of JVM. The major contest on this seat is between CPM candidates MD Ibrahim and Diganbar Kumar Mehta and RJD's Mohammad Khalid Khalil. Jharkhand Assembly Election 2019 Dates: Know Phase-Wise And Constituency-Wise Schedule For Vidhan Sabha Polls.