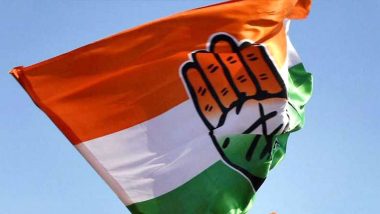 New Delhi, June 18: The Congress attacked the government over reports of an increase in Swiss bank deposits by Indians by 286 percent in 2020 -- the highest in the last 13 years -- and asked the government how much black money has been brought back and from which country in the last 7 years?

The Congress demanded that the Modi government should share the names of individuals who have moved the money to Swiss banks in the last one year? While 97% of Indians have become poorer, who are these people who are availing "Aapda mein Avsar"?  Congress Questions Silence of SEBI, NSDL, Finance Ministry on Source of Funding in Adani Companies

The opposition party alleged that the Modi government has not acted to curb the flow of black money.

AICC Spokesperson Gaurav Vallabh, addressing a press conference on Friday said, "The data for funds parked by Indian individuals and firms in Swiss banks for 2020 was released by the Swiss National Bank (SNB). Our assertion is that the divide between the rich and the poor has been widening under the Modi government. As per CMIE, close to 97% of Indians became poorer during the last year."

The BJP, before assuming power in 2014, had claimed that Indians were hiding $ 250 billion (Rs 17.5 lakh crore) in Swiss banks alone. The BJP had also promised that it would bring back the black money stashed in foreign banks and as a result every Indian would get Rs 15 lakhs.

In the last 7 years, the Modi government has only been all talk and no action. There is absolutely no visibility around the attempts being made by the government and the outcome.

(The above story first appeared on LatestLY on Jun 18, 2021 04:46 PM IST. For more news and updates on politics, world, sports, entertainment and lifestyle, log on to our website latestly.com).