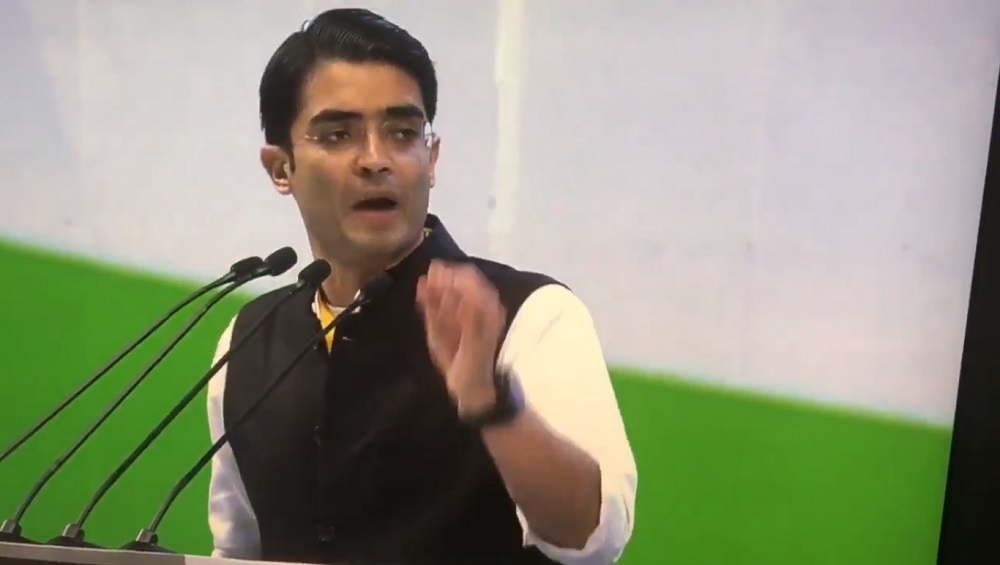 New Delhi, October 24: After being out of power in Haryana for five years, Congress is elated by the emerging trends even as the counting of votes continues. The party is confident to be able to form the government in the state. The Congress has said that the saffron party's propaganda on the abrogation of Article 370 from Jammu and Kashmir did not work in the state.

Speaking to IANS, Congress spokesperson Jaiveer Shergill said: "Trends in Haryana are on the expected lines and the hard work of the Congress workers is getting reflected in the trends in the state and the Congress is indeed forming a government in Haryana." Catch Haryana Assembly Election Results 2019 Live News Updates.

Slamming the Bharatiya Janata Party (BJP) for pitching the revocation of Article 370 as the main poll theme, the Congress leader said: "Let me tell you with a sense of responsibility that irrespective of who forms the government in Haryana, the issue of price rise defeated the BJP's propaganda on Article 370." Haryana Assembly Election Results 2019: Amit Shah Summons Manohar Lal Khattar as BJP, Congress, JJP Contest Turns Cliffhanger.

Shergill said that the farmers and unemployed people of Haryana have given a "bashing" to the BJP and all around the state people are backing the Congress and it is getting reflected in the trends.

Commenting on Maharashtra poll trends, where the Congress and Nationalist Congress Party (NCP) alliance is giving a tough fight to the BJP-Shiv Sena alliance, he said: "In Maharashtra, the rhetoric of getting over 200 seats of (Chief Minister) Devendra Fadnavis with blessing of (Prime Minister) Narendra Modi is being busted.

"The imaginary development in Maharashtra has completely been exposed. And now the fight is between the BJP and the Shiv Sena whether Aditya Thackrey or Devendra Fadnavis will become the chief minister," he said.

To a question over JJP emerging as the kingmaker in Harayana with trends showing that the party was leading in 10 seats, the Congress leader said: "In politics, the kingmaker is always the electorate and no political party is the kingmaker."

He said the key to the Haryana Assembly whether it is going to be with the Congress or JJP will emerge later, but one thing is clear that "Khattar will not be wearing the crown of chief minister again".

The latest election trends as per the Election Commission in Haryana showed that out of 90 seats the Congress was leading on 35 and the BJP on 36. The JJP was leading on 10 seats in the state.