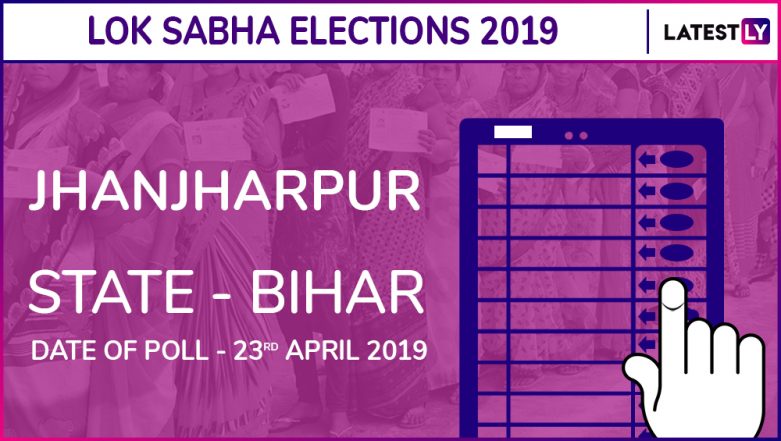 Results of the Lok Sabha elections in Jhanjharpur constituency, along with other parliamentary segments of the nation, has been declared. Ramprit Mandal of the Janata Dal (United) has been declared the winner. The seat went to polls on April 23, when the third phase of general elections 2019 were held. Lok Sabha Elections 2019 Results: Check Tally of BJP, Congress, Other Parties.

The ECI is scheduled to release the notification for the third phase polls - in a total of 115 seats - on March 28. Candidates will be allowed to file their nominations till the last date of April 4. The candidatures will be scrutinised on April 5, and the candidates would be allowed to withdraw till April 8. The electoral battle in Jhanjharpur is primarily between the NDA, which has fieded Ram Preet Mandal of the JD(U), against the Mahagathbandhan, which has allotted the ticket to RJD's Gulab Yadav.

In the 2014 general elections, the Jhanjharpur seat was won Birendra Kumar Choudhary of the BJP. He had succeeded in defeating the then incumbent MP, Mangani Lal Mandal, of the RJD.

Will the NDA succeed in retaining Jhanjharpur? The answer will be known on May 23, when the ECI will declare the results of Lok Sabha elections 2019.