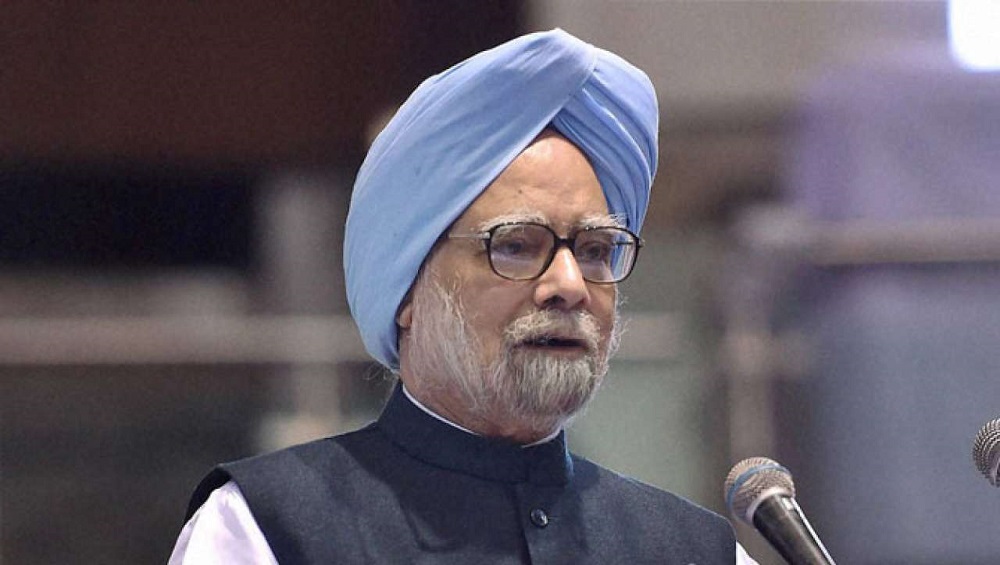 New Delhi, February 19: Attacking the Modi government on the state of the economy, former prime minister Manmohan Singh on Wednesday said the current dispensation does not acknowledge the word "slowdown" and the real danger is that if problems are not recognised, then finding credible answers to take corrective action is unlikely.

Addressing a gathering at the launch of Montek Singh Ahluwalia's book "Backstage", Singh said the former planning commission deputy chairman has written about the good as well as the weak points of the UPA government. "I think these issues will be debated and should be debated because we have today a government that does not acknowledge that there is such a word as slowdown. I think this is not good for our country," the former prime minister said. Donald Trump India Visit: PM Narendra Modi and US President to Hold Key Talks on Trade and Defence on February 25.

"If you do not recognise the problems that you face, you are not likely to find credible answers to take corrective action. That is the real danger," he said, attacking the government on the state of the economy.

The book will be of great help to the future growth of the country, Singh said.

"Montek has also pointed out that contrary to what the ruling group may say, today the USD 5 trillion economy by 2024-25 is wishful thinking. Also there is no reason to expect that farmers income will be doubled in a three- year period," he said.

Singh also hailed the role played by former prime minister Narasimha Rao, P Chidambaram and Ahluwalia for supporting his liberalisation of the economy in the 1990s and enabling him to carry out the reforms despite resistance from different quarters.