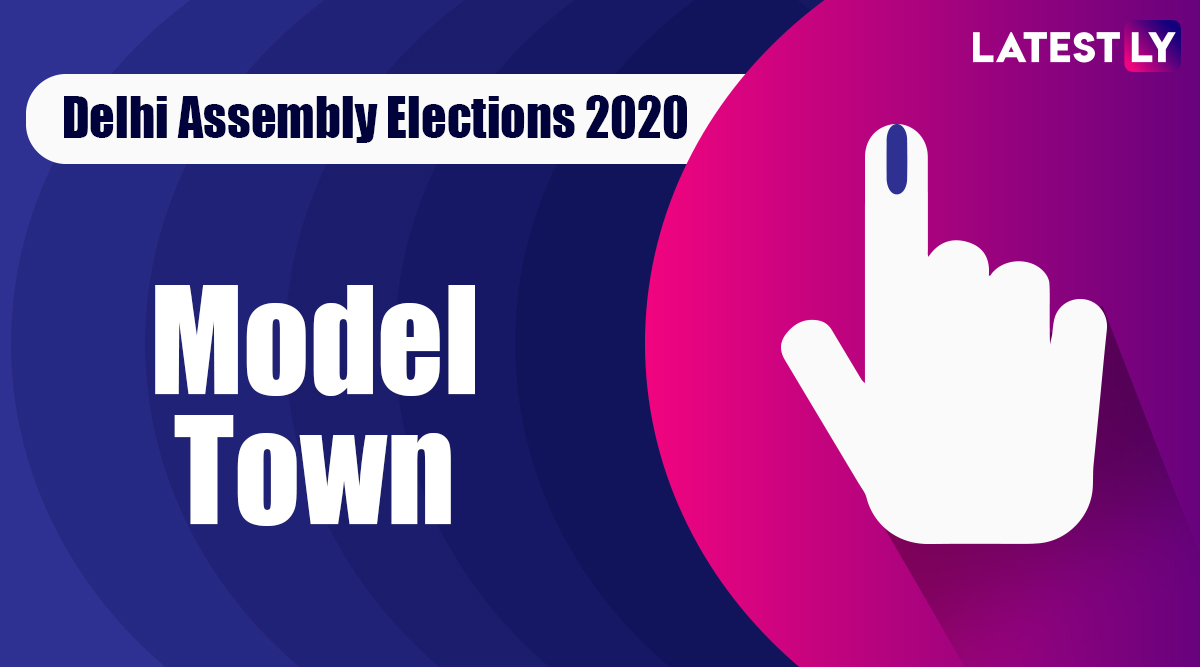 New Delhi, February 11: Model Town was one of the key constituencies in the battle for Delhi, as it features the candidature of firebrand Bharatiya Janata Party (BJP) leader Kapil Mishra. A former MLA of the Aam Aadmi Party (AAP), Mishra had joined hands with the BJP in 2018. The Model Town vidhan sabha segment, located in North Delhi, has a total electorate size of 1,03,608. Mishra's bid to wrest the seat from the BJP failed to yield results, as AAP leader Akhilesh Tripathi was declared the winner. Delhi Assembly Elections Results 2020: AAP Set to Retain Power, Congress Congratulates Arvind Kejriwal, BJP Concedes Defeat.

Model Town, as well as most other constituencies of Delhi, witnessed a three-cornered battle between the AAP, the BJP and the Congress. The prospects of the grand old party were bleak, as most among the pollsters have called the electoral battle a direct contest between the Arvind Kejriwal-led party and its saffron rivals.

While Mishra was the BJP candidate from Model Town constituency, the Congress issued the ticket to Akansha Ola. From the AAP, the contestant from the constituency was Akhilesh Patil Tripathi -- who is also the sitting MLA from the seat. He had won Model Town on the AAP ticket in the 2015 Delhi polls.

In the last assembly elections, the AAP had stormed to power in Delhi with an unprecedented mandate. The Kejriwal-led party won 67 out of the 70 seats, whereas, the BJP was restricted to three constituencies. The Congress, which was ruling party for 15 consecutive years between 1998 to 2013, ended up drawing a blank.