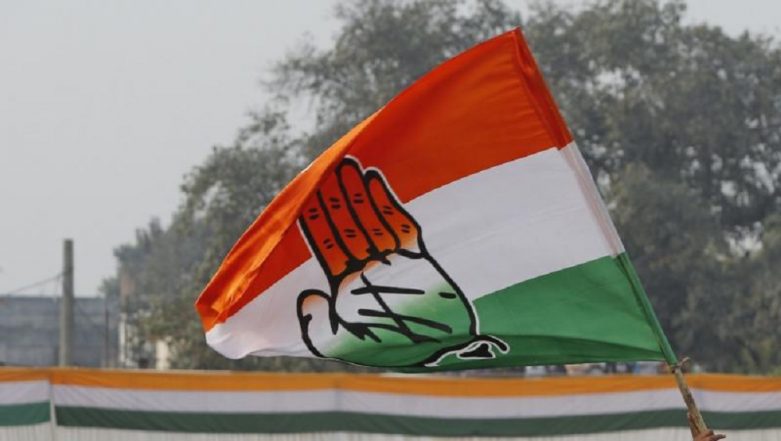 New Delhi, June 28: Over 120 office-bearers of the Congress have resigned following party president Rahul Gandhi's decision to step down from the top post. The resignations are a mark of solidarity the Gandhi scion, who has taken the responsibility of Congress' rout in Lok Sabha elections on his chin, said a senior party leader.

Most of the resignations are from the Youth Congress and All India Mahila Congress -- the two units with which Gandhi had closely worked before succeeding mother Sonia Gandhi as the party chief in 2017. Sumitra Chouhan Quits As Haryana Mahila Congress President.

Gandhi's announcement to relinquish the post of Congress president has hit a section of party's youth cadres. Scores of party workers in Bihar on Thursday sent a letter to him written by their blood, urging him not to resign.

The most recent of resignations came from Sumitra Chouhan, the president of haryana Pradesh Mahila Congress. In her exit letter, Sumitra said she would not accept any position till Rahul Gandhi withdraws his resignation.

Notably, Gandhi had announced his decision to resign at the Congress Working Committee meeting held after the results of Lok Sabha elections 2019.

The party, while asking him to reconsider his decision, has also directed Gandhi to continue at the post till they find a suitable replacement.

Speaking to reporters last week, Gandhi said he would "certainly resign". On being asked who would be his successor, the Congress chief said that is for the party to decide.