A college professor was alleged assaulted by Trinamool Congress (TMC) supporters after he intervened when students were forced to utter "Mamata Banerjee Zindabad" and "Trinamool Zindabad". 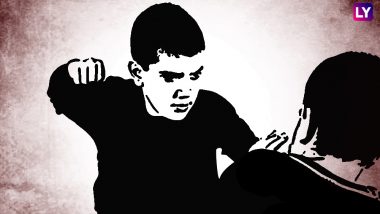 There was a conflict between members of TMPC and some senior students. To resolve the matter, Professor Chattopadhyay along with his colleagues intervened. It was then decided that some students will apologise to the student union members. "While they apologised, the union members asked them to utter 'Mamata Banerjee Zindabad' and 'Trinamool Zindabad'," Chattopadhyay was quoted by News18 as saying. Mamata Lost Mental Balance, Says Mukul Roy; TMC Hits Back.

He said when the students refused to chant 'Mamata Banerjee Zindabad' and 'Trinamool Zindabad', TMCP members misbehaved with them. A girl was also slapped during the argument, said Chattopadhyay. As the situation worsened, the professor tried to mediate but TMCP members thrashed him. "I have sustained injuries on my face and head. Presently, I am lodging a police complaint (at Uttarpara police station)," he said. Central Agencies Threatening TMC Leaders, Asking Them to Join BJP: Mamata Banerjee.

The professor also said members of TMCP always misbehave with college staff. "But I can't name them. If I do so I will not be able to step in the campus," he said. Reacting to the incident, TMCP chief Trinankur Bhattacharya said he doesn't know if the student who attacked the teacher belongs to their student union. "I strongly condemn the act and we are inquiring into the matter. The one who is at fault will definitely be punished," Bhattacharya said.

(The above story first appeared on LatestLY on Jul 25, 2019 09:50 AM IST. For more news and updates on politics, world, sports, entertainment and lifestyle, log on to our website latestly.com).